The smartwatch is likely to be priced under Rs 5,000. 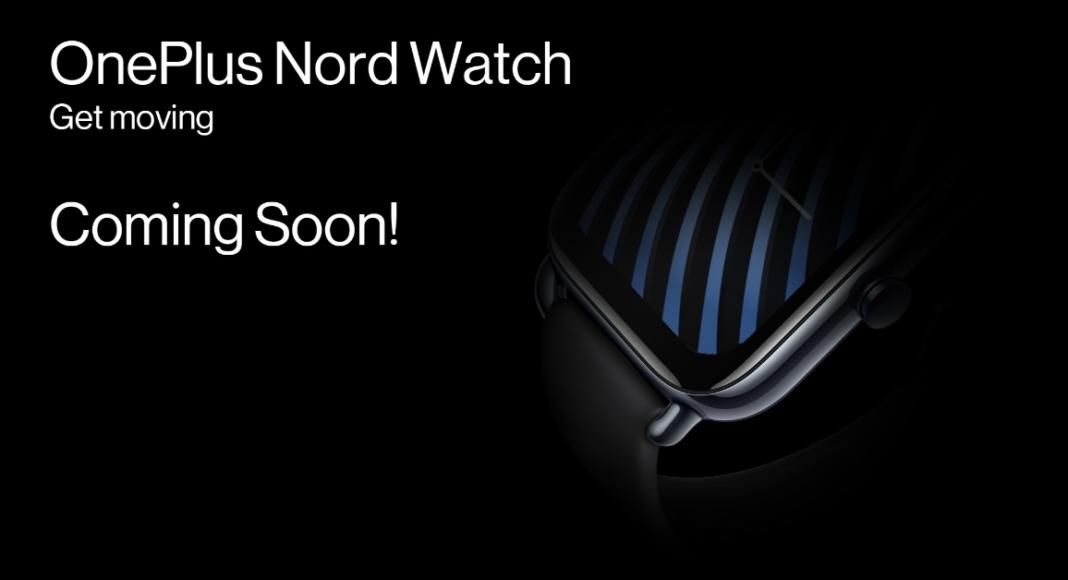 The OnePlus Nord lineup is quite popular in India for offering affordable smartphones. Apart from smartphones the range currently includes audio devices Nord Buds which was launched in April this year, Nord Buds CE and Nord wired earphones. Now the company is expanding its lineup with the introduction of OnePlus Nord Watch. After the first Watch from 2021, this is OnePlus’ second smartwatch and the first under its Nord lineup.

The OnePlus Nord Watch has been officially confirmed by the company. In addition to sharing the first launch teaser, OnePlus used social media to make an announcement about its impending debut in India.

As we said earlier the company has shared a teaser image which highlights that the wearable would have a square dial and what seems like a crown on the right edge. It will be offered in a black colour option. However, we can anticipate the firm releasing the OnePlus Nord Watch in a variety of colours. On the OnePlus website, there is a special microsite that states additional information will be revealed in the coming days.

While announcing its upcoming product, the company said, “OnePlus, is all set to further expand the Nord ecosystem with the launch of the OnePlus Nord Watch, the first smartwatch under the Nord category, in India soon. The Nord Watch will bolster OnePlus Nord’s hold within the wearables segment and aims to make the signature OnePlus technology accessible to a wider set of audience.”

The speculations suggest that the Nord Watch will include an AMOLED display with always-on capabilities. It will support a typical 50Hz refresh rate. It would have support for GPS and several watch faces. Apart from this, the device is likely to feature a calorie counter, female health tracking, and additional sports modes.

Prior to the announcement, the smartphone was spotted on the BIS certification website as well as on the company’s official website. The OnePlus Nord Watch is also expected to offer two models and with a total of 5 variants. It reportedly comes with a blood-oxygen monitoring sensor and a heart-rate sensor.

According to rumours, the OnePlus Nord Watch may cost less than Rs 5,000 in the nation.

Komila Singhhttp://www.gadgetbridge.com
Komila is one of the most spirited tech writers at Gadget Bridge. Always up for a new challenge, she is an expert at dissecting technology and getting to its core. She loves to tinker with new mobile phones, tablets and headphones.
Facebook
Twitter
WhatsApp
Linkedin
ReddIt
Email
Previous articleFlipkart Big Billion Day sale: Poco announced pre-festive discounts on its smartphone ahead of BBD sale 2022
Next articleFlipkart Big Billion Days sale: Vivo reveals exciting on its smartphone ahead of the sale