The Television will be available via the official website and Flipkart 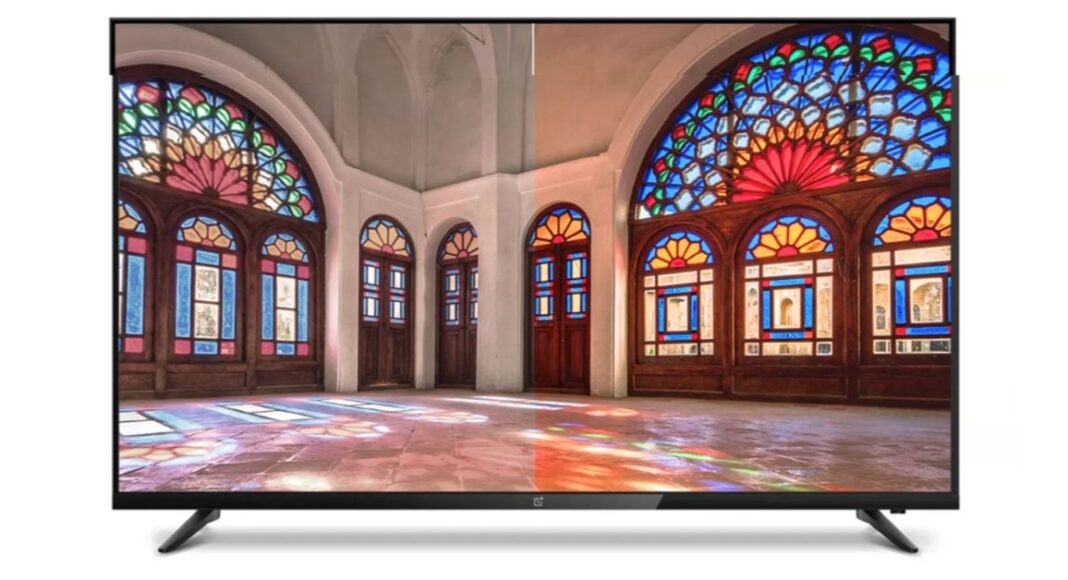 OnePlus TV 40Y1 has officially launched in India today. This is the third addition to the company’s Y-Series, which already includes OnePlus TV 32Y1 and OnePlus TV 43Y1. The 40-inch TV comes with 93 percent coverage of DCI-P3 colour gamut and Gamma Engine picture enhancer. Additionally, there will be two 20W speakers with Dolby Audio support.

OnePlus TV 40Y1 has been launched in India with a price tag of Rs 23,999. This 40-inch TV will be offered in a sole Black colour option. The device will be available for purchase via  OnePlus.in starting June 1 in the country. Whereas via Flipkart it will go on sale from May 26 but at an introductory price of Rs 21,999.

OnePlus TV 40Y1 features a 40-inch full-HD display offering 1,920×1,080 pixels of resolution. It offers slim bezels on the side having a screen-to-body ratio of 93.8 percent and 93 percent coverage of DCI-P3 colour space with Gamma Engine picture enhancer.

The television runs on Android TV 9-based OxygenPlay and integrates OnePlus Connect for controlling the device with your smartphone. OnePlus TV 40Y1 is powered by an unspecified 64-bit processor that is paired with 1GB of RAM and 8GB of internal storage. The smart TV includes an inbuilt Chromecast and supports Google Assistant and Alexa for voice control.

In addition to this, the Television also incorporates the Google Play store and comes loaded with apps such as Netflix, Prime Video, and YouTube. There are two speakers on the TV with a total output of 20W and Dolby Audio support. Furthermore, there are other features such as anti-aliasing, noise reduction, dynamic contrast, and colour space mapping.

Komila Singhhttp://www.gadgetbridge.com
Komila is one of the most spirited tech writers at Gadget Bridge. Always up for a new challenge, she is an expert at dissecting technology and getting to its core. She loves to tinker with new mobile phones, tablets and headphones.
Facebook
Twitter
WhatsApp
Linkedin
ReddIt
Email
Previous article
Google’s new search feature “About this Result” announced, to counter the spread of fake news
Next article
Asus Zenfone 8 Series teased to launch in India soon