OnePlus has unveiled its television range in India today. 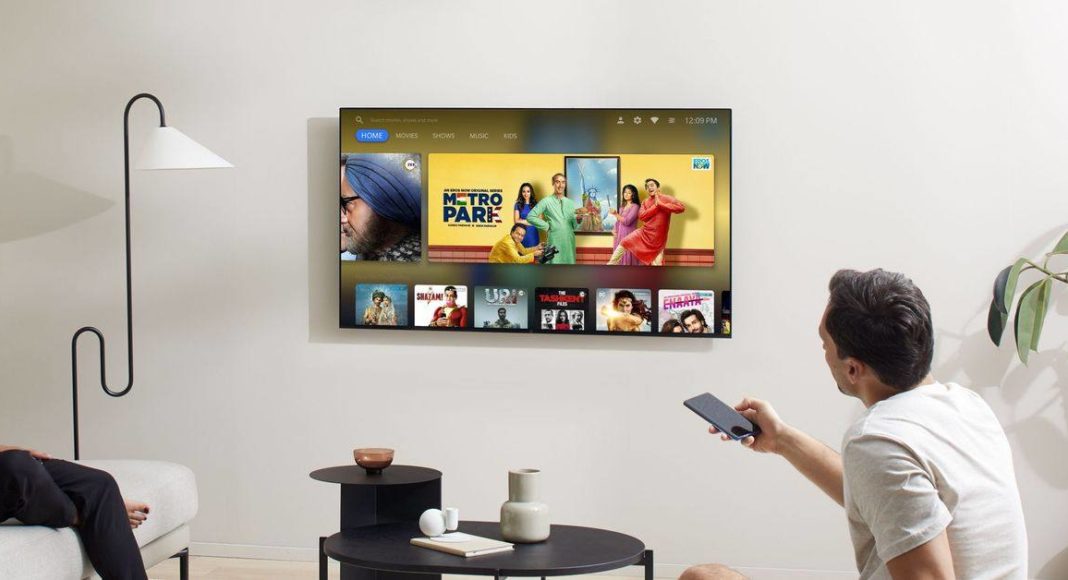 OnePlus TV Q1 is priced in India at Rs 69,900, while the high-end OnePlus TV Q1 Pro can be bought at Rs 99,900. The devices will be available on Amazon India’s website starting September 28. OnePlus is also holding a pop-up event tomorrow where interested users can get a hands-on experience of the newly launched TVs.

Coming to the specifications of the newly launched televisions by OnePlus, both the offerings sport a 55-inch 4K display with a QLED panel. The televisions come with support for Dolby Atmos and Dolby Vision and HDR10+. It is worth mentioning that the OnePlus TV Q1 Pro comes with a motorised soundbar that extends downwards from the device. The soundbar of the TV has 8 speakers that can offer a sound output of 50W. While two of the speakers face backward, four of them face forward.

Both the televisions that have been launched come with a magnetic plate that have all the ports placed beneath them. Both the televisions run Android Pie skinned with Oxygen Play and the company has promised to roll out updates to them for the next three years. We should also point out that the OnePlus TV range also comes with the Gamma Magic Colour picture processor, which the company has said provides enhanced picture quality.

The devices come with in-built casting and are accompanied with a very minimalistic-looking remote that does not come with too many buttons. Nevertheless, it has dedicated buttons for Google Assistant, Amazon Prime Video and other such services that are accessed often by the users.

We should also add that the devices can also be controlled via the OnePlus Connect app.  If you have the app installed on your smartphone, you can actually use your handset as a remote control.

Avani Baggahttp://www.gadgetbridge.com
Avani has an immense love for reading, travelling and food, but not necessarily in the same order. Avani almost started pursuing law, but life had other (better) plans for her and she chose to be a writer instead (luckily!) She previously covered technology at Times Internet and wrote about smartphones, mobile apps and tech startups. When she’s not writing, you’ll be able to find her in book stores or catching up on her social life.
Facebook
Twitter
WhatsApp
Linkedin
ReddIt
Email
Previous article
OnePlus 7T with Fluid display and 48MP camera launched in India: Price and specifications
Next article
BSNL introduced Super Star 500 Broadband Plan with free Hotstar Premium subscription