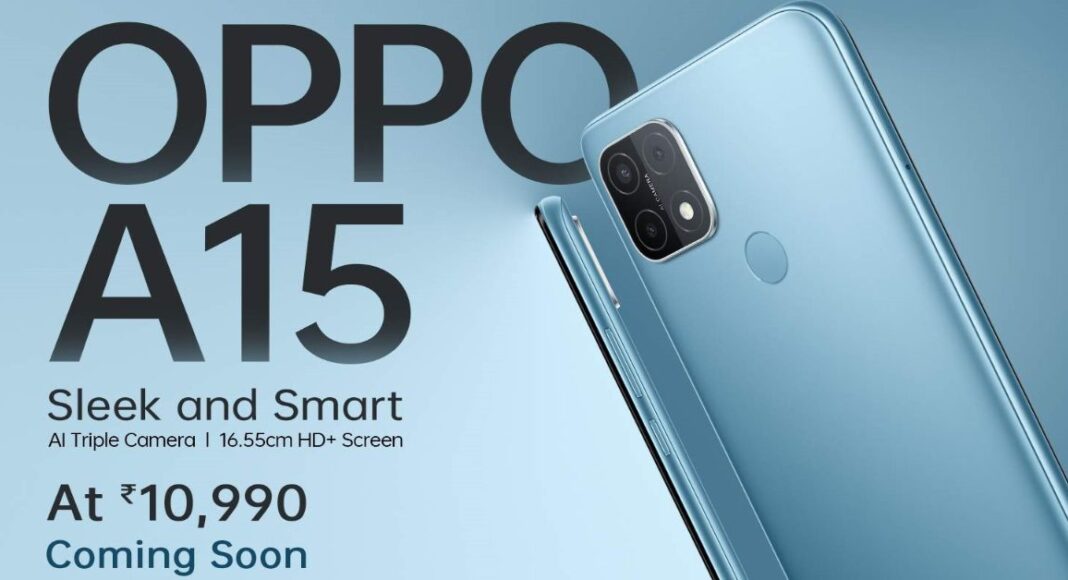 The Chinese smartphone company Oppo has introduced its new smartphone in the Indian market. The company has launched Oppo A15 as its new budget smartphone. The key highlight so the device includes a triple rear camera settled inside a square-shaped module and a rear-mounted fingerprint sensor and a waterdrop-style display notch with an AI brightness feature.

Oppo A15 price in India and availability details

Oppo A15 has been introduced in India with a price tag of Rs 10,990 for the single 3GB of RAM and 32GB of storage option. The company is yet to reveal the availability details of the newly launched budget smartphone but it says the device will soon be available for sale in the country. The phone is offered in two colour options Dynamic Black and Mystery Blue.

Oppo A15 specifications and features

Oppo A15 comes with a sleek and smart design as it has a 3D curved body. The phone weighs 175 grams and its dimensions are 164x75x8mm. The phone features a 6.52-inch HD+ display with 720×1,600 pixels of resolution and an 89% screen-to-body ratio. The screen has the company’s proprietary eye protection with Eye Comfort Filters to filter out harmful blue light. The smartphone runs ColorOS 7.2 operating system that brings features such as Dark mode, three-finger scrolling screenshot and icon pull-down gesture. Under the hood, there is an octa-core MediaTek Helio P35 processor paired with 3GB of RAM and 32GB of storage.

The Oppo A15 is backed by a 4230mAh battery that supports 10W charging. It has 4G LTE, Wi-Fi, Bluetooth v5.0, GPS/ A-GPS, Micro-USB, and a 3.5mm audio jack as connectivity optics on the phone. The device has a rear-mounted fingerprint sensor for biometrics.

Komila Singhhttp://www.gadgetbridge.com
Komila is one of the most spirited tech writers at Gadget Bridge. Always up for a new challenge, she is an expert at dissecting technology and getting to its core. She loves to tinker with new mobile phones, tablets and headphones.
Facebook
Twitter
WhatsApp
Linkedin
ReddIt
Email
Previous article
Motorola Tech3 TriX with three wearable styles launched in India
Next article
Google releases hum to search feature, now hum a song to search on Google