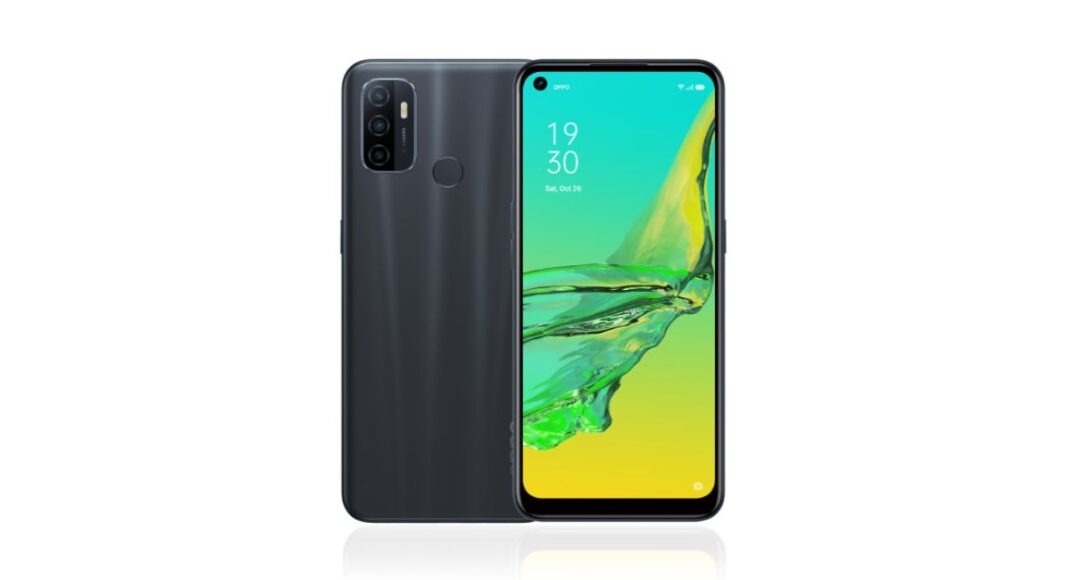 The Chinese smartphone company Oppo has announced the launch of its new smartphone in the market. The company has introduced Oppo A33 (2020) which is water down variant of Oppo A53 as it shares a lot of similarities with A53 which was launched in India last month. The new smartphone is powered by Snapdragon 460 chipset. The device comes with a hole-punch 90Hz refresh rate display and a 5.000mAh battery.

Oppo A33 has been introduced in a single 4GB RAM with a 32GB storage option in Indonesia. The device there is priced at IDR 22,99,000 that translates to Rs 11,300. The handset will be offered in two colour options Moonlight Black and Mint Cream. It is scheduled to go on sale on October 1.

Oppo A33 (2020) shares a lot of similarities with Oppo A53 which went official in India a while back. The newly launched smartphone runs Android 10 based ColorOS 7.2 out of the box. The smartphone features a 6.5-inch HD+ display with 1600×720 pixels of resolution. The screen has a 90Hz refresh rate and 20:9 aspect ratio aspect ratios. The device is powered by an octa-core Qualcomm Snapdragon 460 processor coupled with 4GB of RAM with 64GB of storage. The internal storage can be further expanded up to 256GB using a microSD card. In addition to this, the phone has a rear-mounted fingerprint sensor for biometrics.

The device is backed by a 5000mAh battery with support for 18W fast charging tech. Apart from the fingerprint sensor, the handset has Light Sensor, Proximity sensor, Magnetic sensors and an Accelerator sensor onboard.

Komila Singhhttp://www.gadgetbridge.com
Komila is one of the most spirited tech writers at Gadget Bridge. Always up for a new challenge, she is an expert at dissecting technology and getting to its core. She loves to tinker with new mobile phones, tablets and headphones.
Facebook
Twitter
WhatsApp
Linkedin
ReddIt
Email
Previous article
Vivo V20 Series October 12 launch tipped for India
Next article
Thomson TSP10 Tower speakers launched in India