HomeMobilesOppo A7 renders leak ahead of November 13 launch

Oppo A7 renders leak ahead of November 13 launch 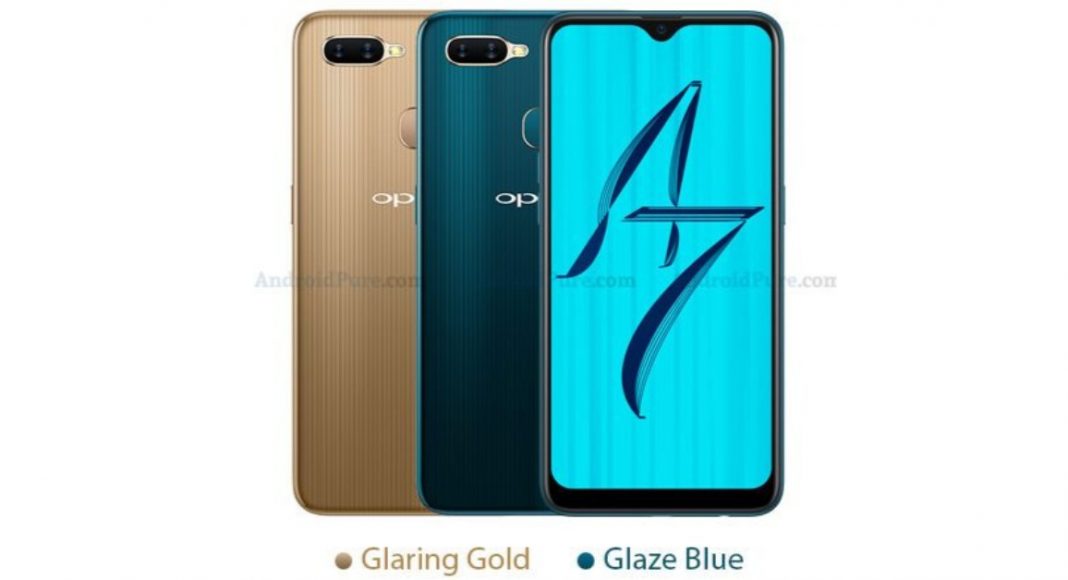 And just days ahead of Oppo A7’s launch, its renders and promotional images have been leaked, and looking at them, we can guess a number of things about Oppo’s next smartphone.

These renders were first spotted by AndroidPure and they reveal the basic design of the upcoming Oppo A7 smartphone. 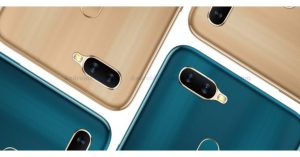 Oppo A7 is available in Glaring Gold and Glaze Blue colour options and come with gold-coloured rims and frames.

When it comes to the design of the smartphone, it does look a lot like Oppo’s Realme 2 smartphone. However, there is one key difference: Oppo A7 has a water-drop shaped notch on the top of its display. 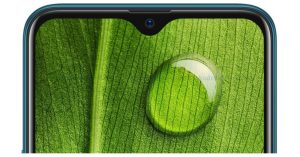 Coming to the specifications of the smartphone, a report in MySmartPrice claims that Oppo A7 will be powered by an octa-core 1.8GHz Snapdragon 450 processor that will be coupled with Adreno 506 GPU. Oppo A7 mobile will come in 3GB RAM and 4GB RAM options. While the base model will have 32GB internal storage, the 4GB RAM variant will come with 64GB onboard storage.

It is likely the Oppo A7 will sport a 6.2-inch 18:9 FullView 2.5D curved glass display that will be protected by Corning Gorilla Glass 3. Oppo A7 will run Android 8.1 Oreo out of the box that will be skinned with Color OS 5.2. 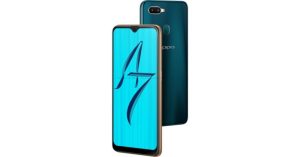 For imaging duties, there will be a dual rear camera setup with a 13MP sensor that has LED flash and a 2MP depth sensor. Oppo A7 will reportedly sports a 16MP selfie camera and houses a 4,230mAh battery. We will have to wait for a few more days to know what the specifications and features of the device are and till then, we will keep you updated with all that we know.

We wouldn’t be wrong to assume that Oppo A7 is a rebranded version of the company’s Realme 2 smartphone that was launched in India sometime back. The smartphones not only look similar to each other, but they have a similar set of specifications too. Speaking of the differences of the two devices, they come in different colour options, and Oppo A7 sports a bigger selfie camera and has a waterdrop shaped notch.