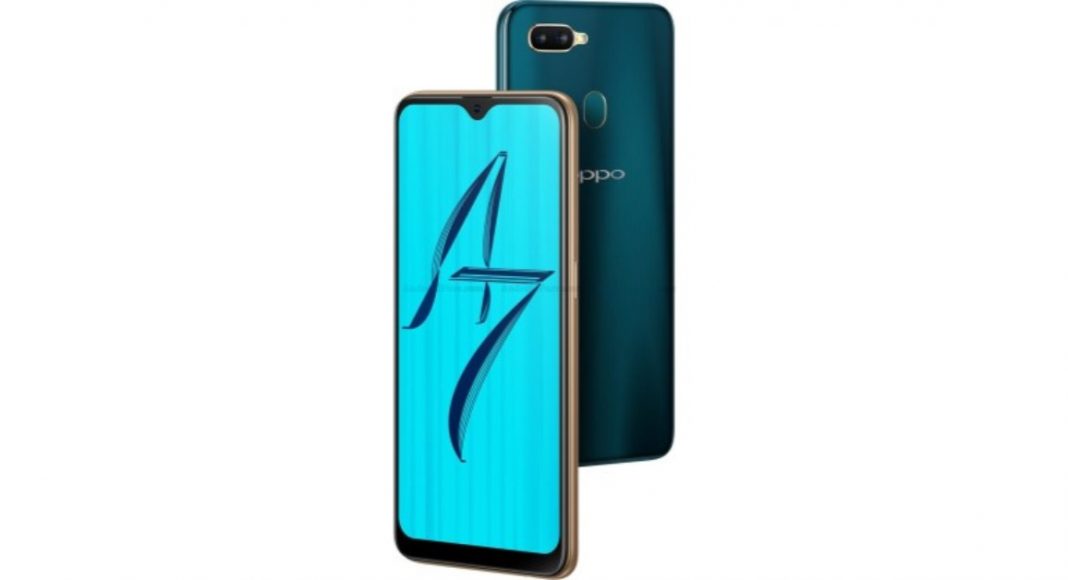 Chinese smartphone maker Oppo has launched a new variant of its A7 smartphone in India. The new model comes with 3GB of RAM and 64GB of internal storage. Priced at Rs 14,990, Oppo A7 will be available on Amazon India, Flipkart, Paytm Mall and Snapdeal. Interested buyers will be able to pick up the device starting January 11.

Prior to being launched in India, Oppo A7 was unveiled in China and Nepal. In India, it came with 4GB of RAM and 64GB of internal storage and that model came at a price tag of Rs 16,990. The 4GB RAM model of Oppo A7 smartphone was unveiled in India in November last year. The device is available in Glaring Gold and Glaze Blue colour options in the country.

To recall the specifications of the smartphone, Oppo A7 features a 6.2-inch In-Cell HD+ display that has a resolution of 1520×720 pixels and a waterdrop-shaped notch on the top. Powered by Qualcomm’s Snapdragon 450 processor, the smartphone was earlier available only with 4GB of RAM and 64GB storage and now, it has been launched in a 3GB RAM variant. If you want more storage, you would be able to install a microSD card of up to 256GB. The device comes with an Adreno 506 GPU for graphics performance.

Oppo A7 smartphone runs Android 8.1 Oreo operating system skinned with the company’s own ColorOS 5.2 on top. The device houses a 4,230mAh non-removable battery.

For connectivity, the Oppo A7comes with Bluetooth v4.2, GPS, Wi-Fi, 3.5mm audio socket, and microUSB port. The smartphone also has a fingerprint sensor embedded on its back panel.

The week also saw the launch of Oppo R15 Pro smartphone in India which comes with the company’s VOOC Charge technology. According to Oppo, with VOOC technology the smartphone will be able to deliver two hours of talk time with five minutes of charging.

Avani Baggahttp://www.gadgetbridge.com
Avani has an immense love for reading, travelling and food, but not necessarily in the same order. Avani almost started pursuing law, but life had other (better) plans for her and she chose to be a writer instead (luckily!) She previously covered technology at Times Internet and wrote about smartphones, mobile apps and tech startups. When she’s not writing, you’ll be able to find her in book stores or catching up on her social life.
Facebook
Twitter
WhatsApp
Linkedin
ReddIt
Email
Previous article
Nokia 8.1 Plus renders and video leaked
Next article
[Video] Mobiistar X1 Notch Unboxing, First Impressions and Camera Shots