The device is said to include a Sony IMX709 selfie camera sensor. 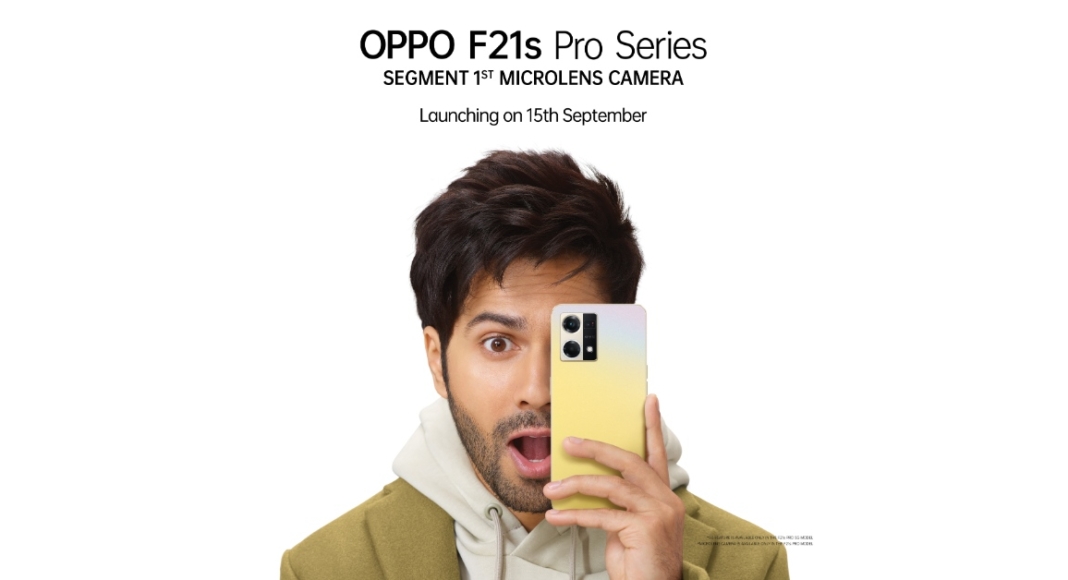 According to the official information received by Oppo F21s Pro series will launch on September 15 in India. Oppo also revealed that the future series’ camera system will support 30x zoom. The business claims that the OPPO F21s Pro’s Microlens camera, a market first, enables users to explore and record rich microscopic details of their surroundings with its 15x and 30x magnification capabilities.

The company noted, “For this stylish device, OPPO teamed up with actor Varun Dhawan for its latest campaign #BeautyInEverything. The campaign also features popular host and actor Maniesh Paul and social media star Avneet Kaur in a short film that shows Dhawan obsessing over the microlens of the F21s Pro and how it has given him a new perspective of finding #BeautyInEverything.”

According to speculations Oppo F21s Pro series will include both the vanilla Oppo F21s and the Oppo F21s Pro. Both phones are rumoured to have 128GB of internal storage and 8GB of RAM.

A dedicated webpage on Oppo’s website recently highlighted some of the important details of the impending series. As per the microsite, the Oppo F21s Pro series will include a power button on the right spine, a volume rocker and SIM tray on the left spine. Moreover, it will have a speaker grille, a microphone, a USB Type-C port, and a 3.5mm headphone connection at the bottom.

According to the microsite, the series will use a Sony IMX709 selfie camera sensor, which will be positioned inside a hole-punch cutout on the top-left corner of the display. The series’ secondary camera will be encircled by an orbit light—a ring light that the production firm has given the name for. A 64-megapixel triple rear AI camera arrangement with an LED light has been teased for the Oppo F21s Pro series. The Oppo Glow design will undoubtedly be present on the rear panel of the forthcoming Oppo phones.

Komila Singhhttp://www.gadgetbridge.com
Komila is one of the most spirited tech writers at Gadget Bridge. Always up for a new challenge, she is an expert at dissecting technology and getting to its core. She loves to tinker with new mobile phones, tablets and headphones.
Facebook
Twitter
WhatsApp
Linkedin
ReddIt
Email
Previous articleGoogle Pixel 7 and Pixel 7 Pro will be available in three colour options, Google revealed
Next articleFamous Non GamStop Software Providers