HomeMobilesOppo K10 confirmed to arrive in India on March 23

Oppo K10 confirmed to arrive in India on March 23 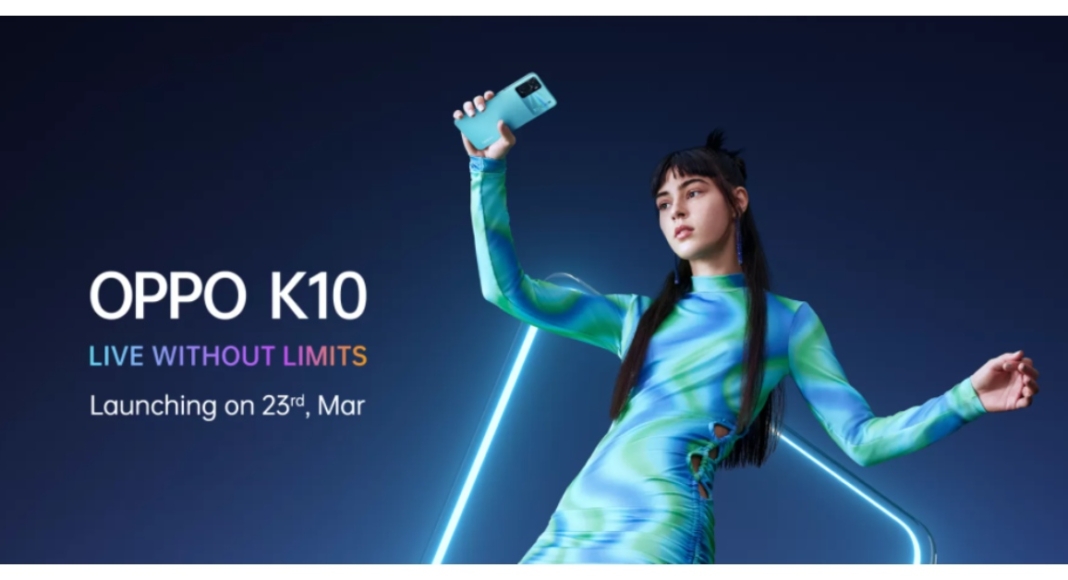 Oppo has officially confirmed to launch its new smartphone in the Indian market. Oppo K10 is set to launch in India on March 23. The handset is a successor to the K9 5G series that was introduced in China last year. The company has also released teasers that suggest a hole-punch display design and a triple rear camera set up. Along with the smartphone, the company is also going to introduce a new TWS Oppo Enco Air 2.

The Oppo K10 India launch date has been planned for March 23, according to the Chinese manufacturer. As per the dedicated homepage, the smartphone will launch at 12 noon. In addition to this, the handset has also been listed on Flipkart to tease its availability.

However, the phone’s actual pricing has yet to be published. The Oppo K10 is likely to arrive in the country at Rs 20,000. 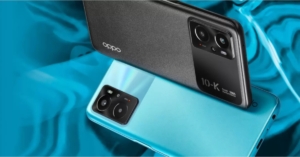 According to the teasers on the Oppo India website, the Oppo K10 specs will include a hole-punch display design and a triple back camera arrangement led by a 50-megapixel main sensor. A USB Type-C connector and a 3.5mm headphone jack are also seen on the phone. It is also said to allow rapid charging and have a Glow Design with two unique hues and glossy and matte finish choices.

Oppo stated on its website that it will share additional information about the Oppo K10 in the lead up to its release. The Chinese model of the Oppo K10, on the other hand, was recently hinted to arrive with a MediaTek Dimensity 8000-series SoC. The series will most likely feature two versions with Dimensity 8000 and Dimensity 8100 SoCs, both of which are based on TSMC’s 5nm technology and support up to 168Hz display. In addition, the CPUs enable up to 200-megapixel cameras, 4K video recording, and HDR10+.

We don’t know much about the Oppo K10 because the firm hasn’t revealed anything about the forthcoming series. However, we anticipate that the handset will be improved over its predecessor, the Oppo K9 5G series.

To refresh your memory, the Oppo K9 5G had a 90Hz display and a Qualcomm Snapdragon 768G SoC, but the Oppo K9 Pro 5G has a 120Hz display and a MediaTek Dimensity 1200 CPU. Both Oppo phones have three rear cameras, one of which being a 64-megapixel primary sensor. The K9 5G also had a 4,300mAh battery with 65W fast charging, whilst the K9 Pro 5G had a 4,500mAh battery with 60W charging.

Komila Singhhttp://www.gadgetbridge.com
Komila is one of the most spirited tech writers at Gadget Bridge. Always up for a new challenge, she is an expert at dissecting technology and getting to its core. She loves to tinker with new mobile phones, tablets and headphones.
Facebook
Twitter
WhatsApp
Linkedin
ReddIt
Email
Previous articleWhirlpool launched a new 29L Magicook Pro Convection range with an in-built Air Fryer
Next articleXiaomi Portable Electric Air Compressor 1S with built-in battery launched in India