There are a number of high-end features and specifications in the smartphone. For instance, Oppo R17 Pro comes with a triple rear camera setup, Super VOOC fast charging, and AMOLED screen that has an in-display fingerprint scanner embedded in it and a waterdrop-shaped notch on top.

We should mention that Oppo F17 Pro is available in Radiant Mist and Emerald Green colour options in India and it can be picked up from Amazon India’s website or offline stores across the country.

To recall, Oppo R17 Pro mobile sports a 6.4-inch full HD+ AMOLED display that has a waterdrop-shaped notch on top and comes with a screen-to-body ratio of 91.5%. It is also protected by Corning Gorilla Glass 6. Powered by Qualcomm Snapdragon octa-core 710 processor, the Oppo R17 Pro smartphone comes with Adreno 616 GPU and 8GB of RAM. The device packs 128GB of storage, however, it does not have support for a microSD card. 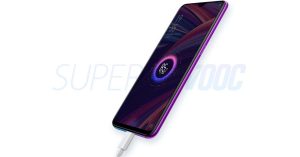 Opppo R17 Pro smartphone runs Android 8.1 Oreo skinned with ColorOS 5.2 and houses a 3,700mAh battery. We should add that the device’s battery has support for the company’s Super VOOC fast charging that is claimed to charge the smartphone by up to 40% in 10 minutes. The connectivity options of the Oppo R17 Pro smartphone include dual-SIM, 4G VoLTE, Bluetooth, Wi-Fi and GPS.

Avani Baggahttp://www.gadgetbridge.com
Avani has an immense love for reading, travelling and food, but not necessarily in the same order. Avani almost started pursuing law, but life had other (better) plans for her and she chose to be a writer instead (luckily!) She previously covered technology at Times Internet and wrote about smartphones, mobile apps and tech startups. When she’s not writing, you’ll be able to find her in book stores or catching up on her social life.
Facebook
Twitter
WhatsApp
Linkedin
ReddIt
Email
Previous articleOppo F11 Pro with Android Pie, MediaTek P70 SoC leaked on Geekbench
Next articleFornite Season 8 rolls out: Everything that is new