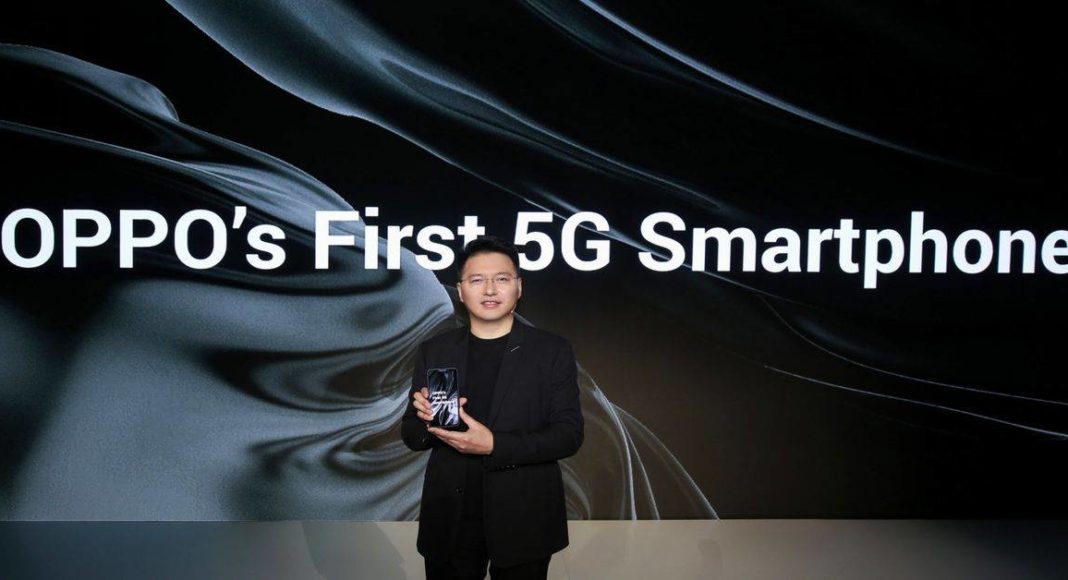 MWC 2019 which was held last month in Barcelona, Spain saw the launch of a number of new devices and technologies. 5G and foldable smartphones were a rage at the tech show and Oppo was also among the companies that showcased its first 5G device at the MWC 2019. But Oppo’s 5G smartphone is different than other 5G devices, as it holds first multi-frequency, multi-mode, and multi-EN-DC combination.

It became the company’s first 5G smartphone to be approved by the CTC. Oppo’s 5G device holds the advantage of the n78 band which includes more band combinations and wider bandwidth. It also can be applied across a broader range of countries and areas/regions.

Speaking on the development, Alen Wu, OPPO Global Vice President, Head of business overseas markets said, “This is another significant milestone in 5G development for OPPO. Through ongoing technological innovation, we have been preparing extensively for the realization of 5G smartphone commercialization. OPPO looks forward to continued cooperation with strong partners like Sporton that will enable consumers to get closer to 5G.”

With this, Oppo’s 5G smartphone became the first commercial 5G smartphone in Europe as Oppo’s CE certification verifies that the company’s 5G smartphone meets the requirements set by the EU to enter the European smartphone market. The EU looks for areas such as wireless, electromagnetic compatibility, health and safety before giving any device or network a green signal.

Getting your hands on our first 5G smartphone is soon becoming a reality! 🙌#GetCloserWithOPPO 📶https://t.co/8yP2R3yXrV

Ivan Xie, Chief of Operation and Engineering of Sporton International, Inc said, “We were pleased to see OPPO’s 5G smartphone perform exceptionally during the stringent tests. The results are a testament to OPPO’s technological capability and great news for users and industry alike. Drawing on our rich experience in wireless communication, Sporton will continue to collaborate with OPPO to usher in the future of 5G connectivity.”

Recently, the Chinese smartphone maker had launched its ‘5G Landing Project’ for which it partnered with several telecom operator partners to accelerate the commercialization of 5G products and services at a worldwide scale. And now that the company had received its 5G CE certification it plans to bring a 5G ready smartphone in the markets soon as OPPO has plans to bring its first 5G ready smartphone to market before June 2019.

Aman Singhhttps://www.gadgetbridge.com/
Aman Kumar Singh has a Masters in Journalism and Mass Communication. He is a journalist, a photographer, a writer, a gamer, a movie addict and has a love for reading (everything). It’s his love of reading that has brought him knowledge in various fields including technology and gadgets. Talking about which, he loves to tweak and play with gadgets, new and old. And when he finds time, if he finds time, he can be seen playing video games or taking a new gadget for a test run.
Facebook
Twitter
WhatsApp
Linkedin
ReddIt
Email
Previous articleApple’s 2019 iPhones will be able to wirelessly charge other devices: Report
Next articleApple’s TV shows won’t be free; here’s a look at the costs