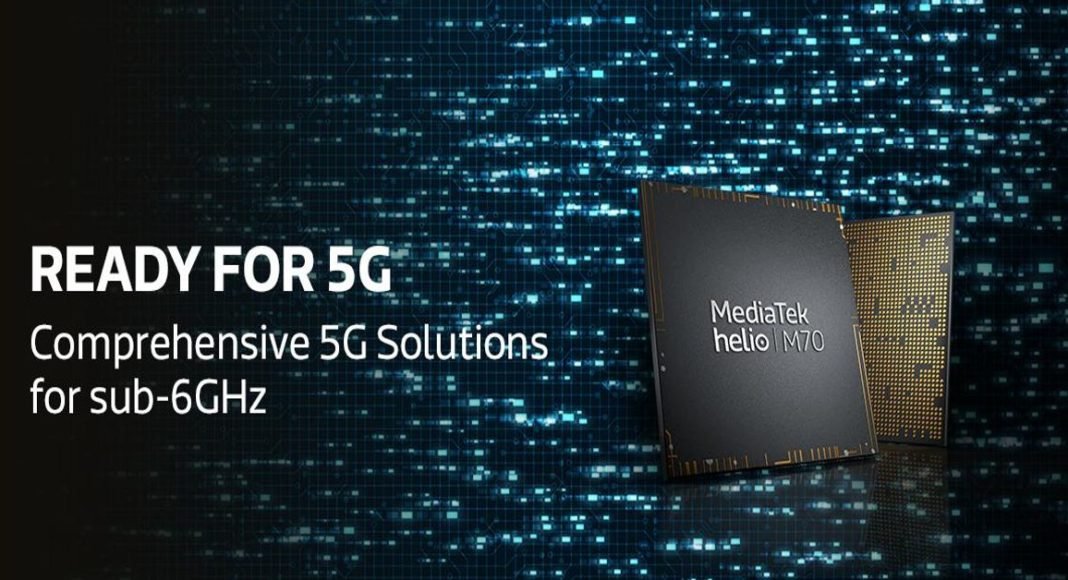 After the launch of Qualcomm Snapdragon 855 SoC, which is the world’s first 5G ready smartphone CPU, MediaTek is also planning to unveil a chipset that will enable 5G connectivity. MediaTek recently revealed that is it working on a CPU built on the 7nm manufacturing process which will support 5G networks. The chipset is still being worked upon but it will be placed above the company’s Helio P90 SoC and will be used in high-end smartphones.

Although currently, there is no word on the release date of the 7nm CPU from MediaTek, it is said that the company may unveil it in the coming months of 2019. When launched, the new processor will compete against Snapdragon 855 SoC, which is Qualcomm’s current flagship processor.

Finbarr Moynihan, MediaTek’s vice president of corporate sales and business development for the Americas and Europe told Android Authority that the company was working on a smartphone processor built on the 7nm process. He also said that the new CPU will be powering ‘high-end phones’ and will be better in terms of performance and features than the Helio P90 CPU which runs on the 12nm process. Furthermore, Kevin Keating, MediaTek’s director of global public relations, also confirmed that the upcoming CPU from MediaTek would offer 5G capabilities. But the upcoming CPU from MediaTek’s launch dates has not been revealed by the company or its executives.

Finbarr Moynihan said “I think you’ll see something moving up-tier from us. How we brand it and what it shows up as I’m not sure. But you’ll certainly see more high-end capability than, say, we’ve exhibited on the P90.”

Along with the new unnamed CPU, MediaTek also has its Helio M70 5G baseband chipset which it showcased earlier in December 2018. The chipset was announced at Computex 2018 and it too is based on TSMC’s 7nm process. The Helio M70 5G has a transfer speed of 5Gbps and it supports 5G NR (New Radio). This chipset will be availed to the smartphone manufacturers in the later months of 2019 and it will be integrated into smartphones from 2020. So next year, we can expect to see a competitive run in the 5G connectivity between CPU manufacturers along with smartphones.

Aman Singhhttps://www.gadgetbridge.com/
Aman Kumar Singh has a Masters in Journalism and Mass Communication. He is a journalist, a photographer, a writer, a gamer, a movie addict and has a love for reading (everything). It’s his love of reading that has brought him knowledge in various fields including technology and gadgets. Talking about which, he loves to tweak and play with gadgets, new and old. And when he finds time, if he finds time, he can be seen playing video games or taking a new gadget for a test run.
Facebook
Twitter
WhatsApp
Linkedin
ReddIt
Email
Previous article28% Delhi women receive harassment calls every week: Truecaller
Next articleHuawei P Smart+ (2019) with triple rear cameras launched

OnePlus 9RT versus OnePlus 9R, can they compete with each other?...

How to recover your Snapchat account securely and safely (2021)

Vipul Chandwani - Oct 14, 2021 0
Snapchat is used by many people around the world. Losing any social media account can be frustrating. Users join Snapchat for its privacy-oriented features....