Smartphone with MediaTek Helio P90 SoC gets listed on Antutu 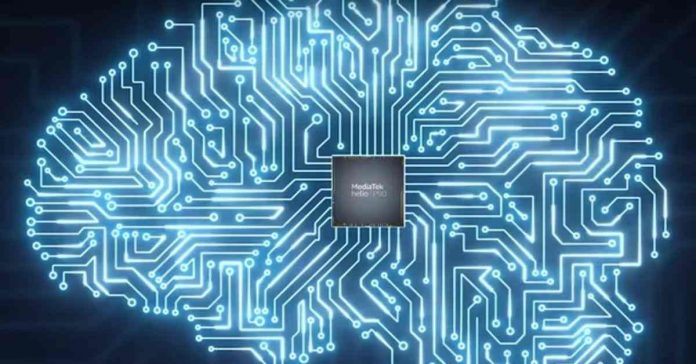 Taiwan based chipmaker MediaTek had launched its Helio P90 chipset at the beginning of this month. MediaTek Helio P90 is said to be the most powerful processor by the chipmaker yet and is aimed towards high-end flagship level smartphones. MediaTek has touted the newly launched chipset to be power efficient and the company said that the SoC has an extremely good performance in terms of artificial intelligence. However, we will have to wait to see the chipset’s performance in a smartphone before we can say whether these claims are correct or not. But then, for now, we the AnTuTu benchmark leak that gives us an idea about the performance of MediaTek’s Helio P90 chipset.

The AnTuTu benchmark results of the newly launched MediaTek Helio P90 processor were shared by an Indonesian tipster, Bang Gogo. He is reportedly a renowned tipster as most of the leaks provided by him earlier have turned out to be true. Gogo has shared a screenshot of which reveals the becnchmark results as well as the hardware details of the handset on which it was captured. The smartphone that was used for the listing was powered by an Octa-Core Helio P90 processor clubbed with IMG PowerVR GM 9446 GPU.

The display of the smartphone that featured in the listing had a resolution of 2160px x 1080 px. The test smartphone runs Android 9.0 Pie operating system and packs a 6GB RAM along with 128GB of internal storage. As we mentioned earlier, the device is powered by MediaTek Helio P90, and on Antutu benchmark test, it scored 1,62,861.  If we compare this with smartphones that are powered by Qualcomm’s Snapdragon 845 processor, their scores usually range from 2,50,000 to 2,90,000.  But we’ll take this listing with a pinch of salt as there is a possibility that the test device is not optimised, which contributed to the rather low score. So, till a smartphone is actually launched with the chipset in question, we can’t determine the performance of MediaTek Helio P90 processor.

MediaTek Helio P90 processor is an Octa-Core chipset that has been made by the chipmaker using 12nm TSMC technology and it has been touted by the company for its advanced AI capabilities.