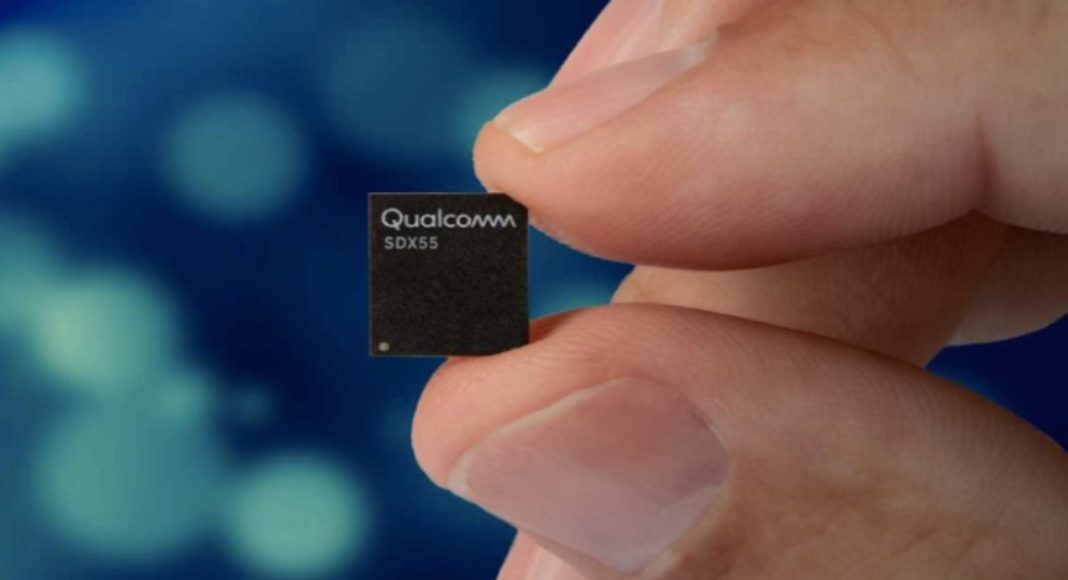 After 4G and 4GLTE, 5G is next in line, in the connectivity technology. Qualcomm launched their second generation of 5G modem named the Snapdragon X55. The X55 will give wireless speeds of up to 7Gbps, which is first in this type of connectivity technology. But the Snapdragon X55 is not just limited to 5G as it also supports 4G LTE, 4G, 3G and 2G so that the user can use the modem in any type of network. In the 2G and 3G mode it supports both the GSM and the CDMA versions of EDGE, EV-DO, etc.

The new modem from Qualcomm supports both mmWave that enables the users to use high-bandwidth and sub-6GHz for better coverage. The device is not limited to just one network as it works on both TDD and FDD networks, so it can be used in Western countries and China as well. On the mmWave network the Snapdragon X55 can go up to 8,000MHz bandwidth (with 2×2 MIMO). It can get a download speed of 7Gbps and an upload speed of 3GBPS. While in the sub-6GHz mode it can go up to 100MHz bandwidth and 4×4 MIMO.

If the Snapdragon X55 is connected to a 4G LTE network then it gives a download speed of 2.2.5Gbps and an upload speed of 0.3Gbps. It also supports Stand Alone mode, but only when 5G network is available. Its predecessor, the X50 only supported Non-Stand-Alone mode. The Snapdragon X55 can also be connected with a chipset without a modem while the older X50 depended on the chipset’s LTE support.

With the launch of Snapdragon X55 we can expect to see more 5G devices launching and their development to start progressing rapidly. There are also many phone companies, which are to come up with 5G phones in the future and maybe we will get to see more devices using this technology in the near future.

The #Snapdragon X55 is the  🔑 to unlocking the next generation of connectivity. Introducing the world’s most advanced — and our second — #5G modem, designed to bring 5G to devices beyond your smartphone. https://t.co/qB7Pp2Em5K

Aman Singhhttps://www.gadgetbridge.com/
Aman Kumar Singh has a Masters in Journalism and Mass Communication. He is a journalist, a photographer, a writer, a gamer, a movie addict and has a love for reading (everything). It’s his love of reading that has brought him knowledge in various fields including technology and gadgets. Talking about which, he loves to tweak and play with gadgets, new and old. And when he finds time, if he finds time, he can be seen playing video games or taking a new gadget for a test run.
Facebook
Twitter
WhatsApp
Linkedin
ReddIt
Email
Previous article
Gionee F205 Pro with 13MP rear camera, Android 8.1 Oreo launched in India: Price and specifications
Next article
Xiaomi Mi 9 with Snapdragon 855 SoC, triple rear cameras launched: Price and specifications