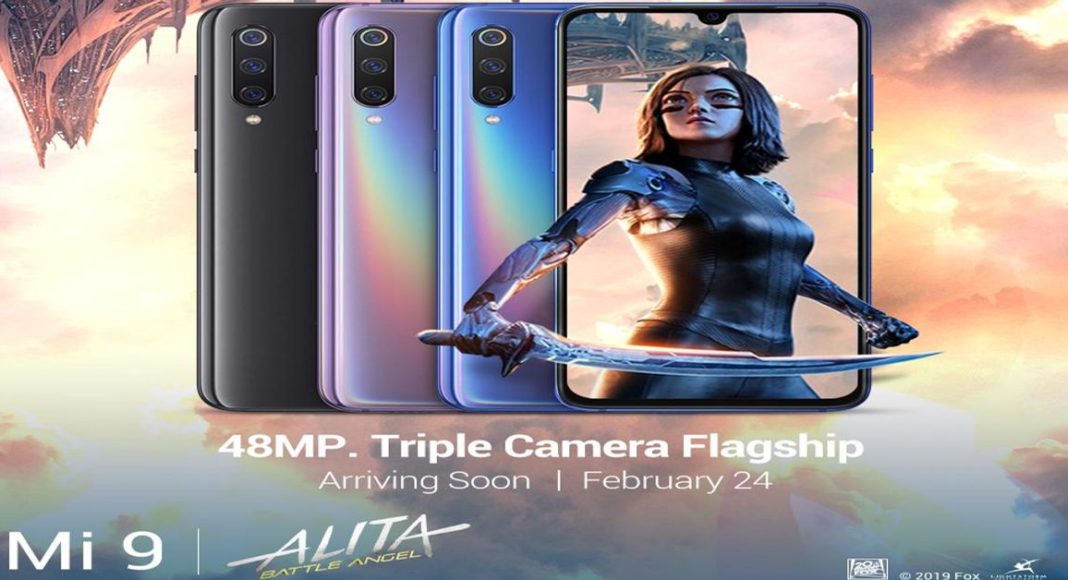 Current generation of smartphones come with 4GB or 6GB of RAM. Even budget friendly laptops come in the same RAM range, but Xiaomi’s Mi 9 Transparent Edition will have a whooping 12GB of RAM. That’s no joke and neither is it a conceptual idea, Mi 9 will be launching on February 20 and some days after that the Transparent Edition of Xiaomi’s flagship will be released.

Xiaomi has been teasing the Mi 8’s successor, the Xiaomi Mi 9, in its flagship line-upon social media and the internet. Earlier the camera array of Mi 9 was revealed with triple-rear camera setup along with bezel-less display. After the reveal of Mi 9’s cameras the company’s founder Lei Jun announced the high-end version of Xiaomi Mi 9, which will be named the ‘Mi 9 Transparent Edition’. As its name suggests, it will have a transparent back so some of its internals will be visible to the user like the Mi 8 Explorer Edition. There will also be an ‘Alita: Battle Angel’ (a sci-fi movie) branding on the back of the smartphone.

The difference between the Xiomi Mi 9 and the Mi 9 TE is just in the camera, increased RAM and transparent back design department. The rest is the same as the regular Xiaomi Mi 9. Like the original Mi 9, the Transparent Edition will also have a 48MP main camera, but it will be a 7P lens with f/1.47 aperture. The gradient glass on the back of the Transparent Edition of this smarrphone will be 0.4mm thick.

Some of the specifications of the Mi 9 is that it will have a Corning Gorilla Glass 6. It will have Laser Autofocus which combines PDAF and CDAF along with a closed-loop Voice Coil Motor (VCM)for faster autofocus. The smartphone too features an in-display fingerprint scanner, but unlike regular ultrasonic scanners it has an optical scanner, which according to the company is 25% faster than the regular scanners. The device will have a screen-to-body ratio of 90.7% and will also have a water-drop notch. It will carry a speaker with sound output of 0.9cc.

Get the power with #Mi9 X #Alita

Aman Singhhttps://www.gadgetbridge.com/
Aman Kumar Singh has a Masters in Journalism and Mass Communication. He is a journalist, a photographer, a writer, a gamer, a movie addict and has a love for reading (everything). It’s his love of reading that has brought him knowledge in various fields including technology and gadgets. Talking about which, he loves to tweak and play with gadgets, new and old. And when he finds time, if he finds time, he can be seen playing video games or taking a new gadget for a test run.
Facebook
Twitter
WhatsApp
Linkedin
ReddIt
Email
Previous articleAsus smartphones to come at huge discounts in the Flipkart’s Mobile Bonanza sale: Everything you need to know
Next articleSamsung to reportedly hold Galaxy S10 preview events in these eight cities in India on February 21