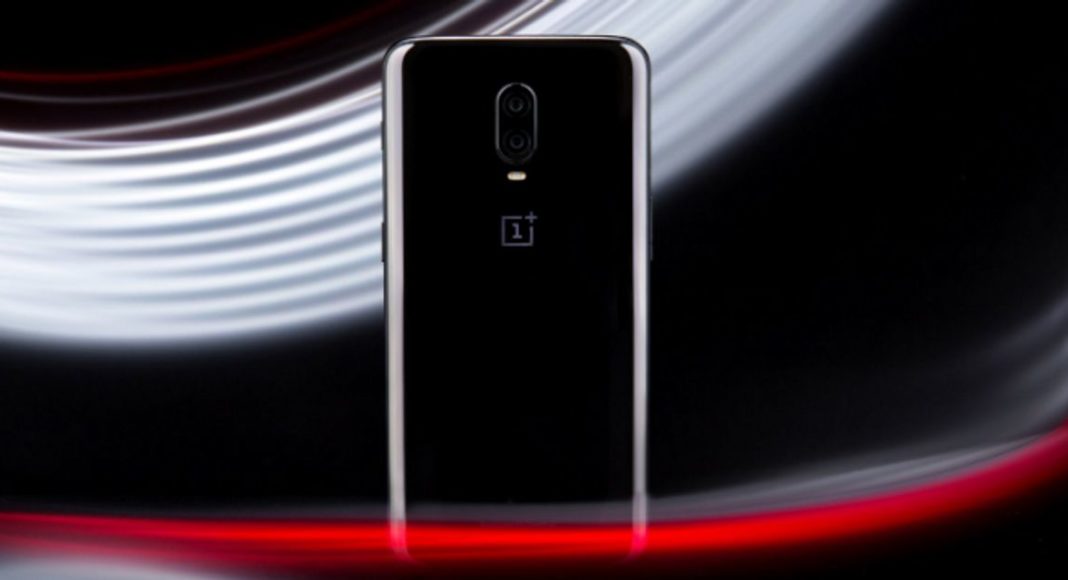 Chinese smartphone brand OnePlus has announced that it will be showcasing its first OnePlus 5G prototype smartphone at the upcoming Mobile World Congress 2019. As expected, the 5G device by OnePlus will be powered by Qualcomm’s Snapdragon 855 processor.

By now, we all know that 5G connectivity is going to be one among the most highlighted new technologies that will be seen this year and OnePlus will be one among the first few smartphone manufacturers to showcase its 5G-enabled smartphone. At MWC 2019, the company is letting attendees experience 5G cloud gaming on the new 5G prototype device, which will be up for display at Qualcomm Technologies’ booth.

We should mention that OnePlus collaborated with Qualcomm Technologies on 5G development since 2017 and it has taken several important steps to get a smartphone ready for 5G commercialization in 2019. And as we mentioned earlier, the Chinese smartphone brand is among the first companies to launch a smartphone with Qualcomm Snapdragon 855 processor, which is promised to provide enhanced imaging, gaming, and intelligence.

In a statement released to the tech press, OnePlus said, “Pete Lau made the world’s first 5G tweet by connecting a prototype device to a 5G Non-standalone Network, via an LTE b7 + 5G NR n78 air interface. By Never Settling, OnePlus is constantly challenging itself to deliver the best and only the best. That’s why 5G is of great strategic importance to OnePlus.” 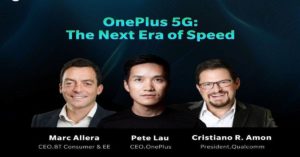 We should mention that at Qualcomm Snapdragon Tech Summit 2018, that was held in December last year in Hawaii, OnePlus CEO Pete Lau had said that the company will be launching a 5G smartphone in 2019. He also said that the smartphone will be using Qualcomm’s latest flagship processor – Snapdragon 855 SoC and Snapdragon X50 5G modem.

It was also revealed later that the 5G smartphone by the company will not be a part of its regular flagship lineup, but instead will be launched in a separate range altogether. The reason behind this is that OnePlus’ 5G smartphone will be costlier than the devices launched in its regular flagship lineup, and the company doesn’t want to let go of its primary objective of offering flagship features at an affordable price.

Avani Baggahttp://www.gadgetbridge.com
Avani has an immense love for reading, travelling and food, but not necessarily in the same order. Avani almost started pursuing law, but life had other (better) plans for her and she chose to be a writer instead (luckily!) She previously covered technology at Times Internet and wrote about smartphones, mobile apps and tech startups. When she’s not writing, you’ll be able to find her in book stores or catching up on her social life.
Facebook
Twitter
WhatsApp
Linkedin
ReddIt
Email
Previous articleHow to share your location using WhatsApp
Next articleVivo V15 Pro set to launch in India today: How to watch the live stream

Vipul Chandwani - Oct 12, 2021 0
Instagram, owned by Facebook, is one of the largest social media platforms with millions of users across the globe. There is a library of...