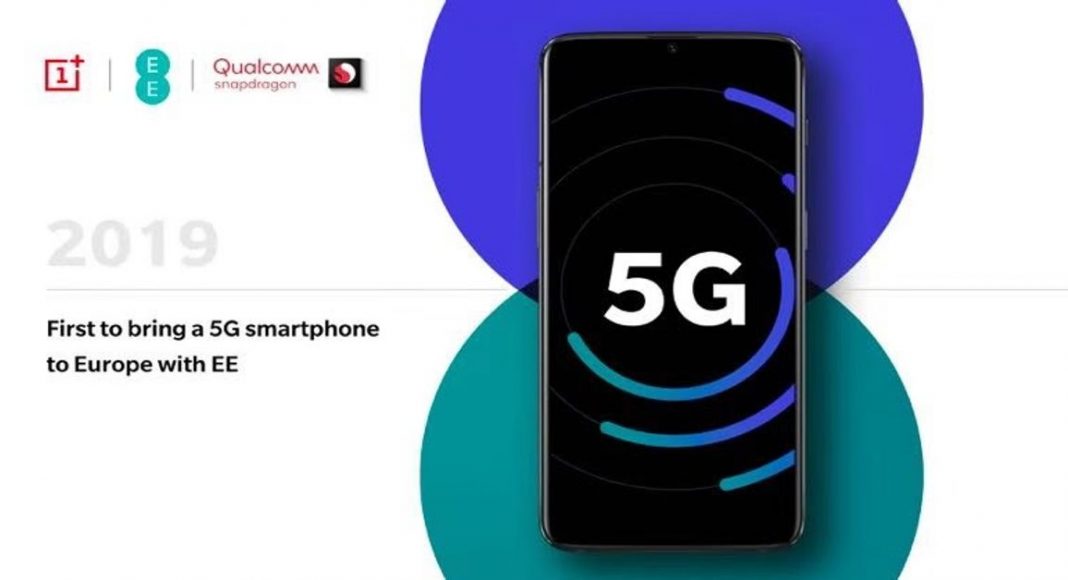 One among the biggest changes in the smartphone industry that we’ll get to see next year is handsets with 5G connectivity. With Snapdragon 855 with 5G modem getting unveiled, the race for 5G has officially begun. All smartphone makers want to be the first one to launch a 5G enabled device.

And OnePlus is no exception to this. The company has fans and loyalists across the globe and being the first to launch a 5G smartphone will further strengthen its popularity. The company had announced in October this year that it plans to launch a 5G enabled smartphone and later confirmed that it would not be a part of its regular flagship lineup. This led to speculations that a separate lineup for 5G enabled devices – with an inflated price tag – will be launched by OnePlus.

And now, OnePlus CEO Pete Lau has made another announcement about the upcoming 5G handset by the company. At the ongoing Qualcomm Snapdragon Technology Summit, Lau announced that OnePlus will be the first company to release a 5G smartphone in Europe, and has partnered with EE for the same.

The release sent by the company also said that OnePlus’ next flagship mobile will be among the first to come with the Snapdragon 855 SoC.

Speaking about the newly launched Snapdragon 855 processor, Lau said, “OnePlus only makes flagship smartphones, and we believe that the Snapdragon 855 is the best and only choice. We are thrilled by its powerful performance and 5G capabilities. “

The news from OnePlus comes just days after Samsung announced its partnership with Verizon to launch a 5G device in the United States next year. Although the South Korean technology giant did not specify the name of its smartphone that will come with 5G capabilities, reports suggest that it will be an ultra-premium variant of the Samsung Galaxy S10 smartphone.

Sometime back, it was reported that Xiaomi Mi Mix 3 is the first ever device to come with 5G connectivity, however, we should point out that the Chinese smartphone maker launched the 4G version in October. We will see the 5G model early next year. So, the race for 5G is still on and we are waiting to see who grabs the first spot.

Avani Baggahttp://www.gadgetbridge.com
Avani has an immense love for reading, travelling and food, but not necessarily in the same order. Avani almost started pursuing law, but life had other (better) plans for her and she chose to be a writer instead (luckily!) She previously covered technology at Times Internet and wrote about smartphones, mobile apps and tech startups. When she’s not writing, you’ll be able to find her in book stores or catching up on her social life.
Facebook
Twitter
WhatsApp
Linkedin
ReddIt
Email
Previous article
#ThisHappened: 10 hashtags India used the most on Twitter in 2018
Next article
Rapoo VH300 Gaming headsets launched in India at a price of Rs 3,199