Before the official announcement of the launch, the device surfaced on the BIS certification website 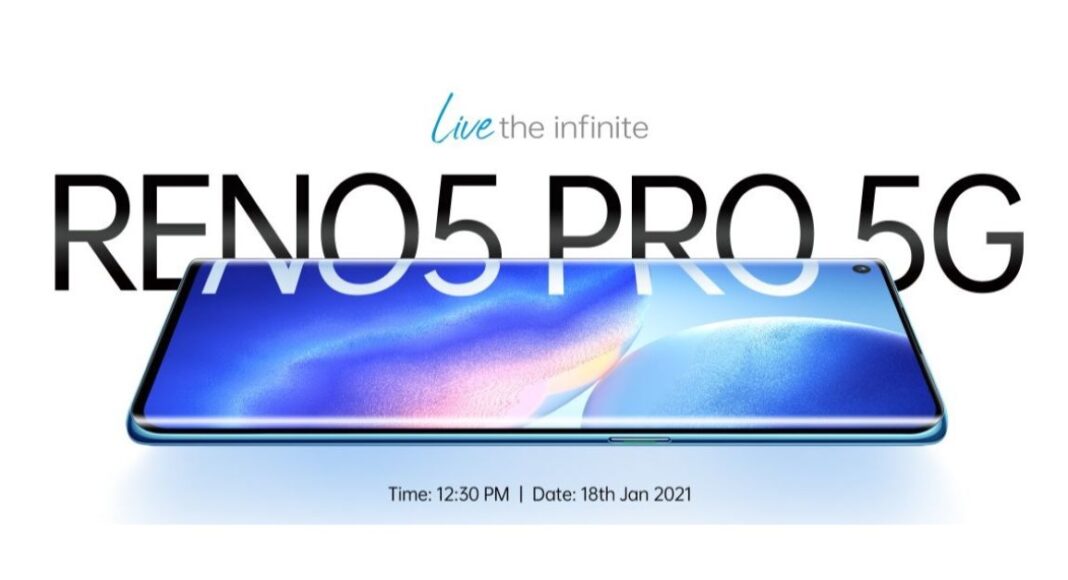 Oppo has officially made an announcement on Twitter that Oppo Reno 5 Pro 5G will be launching in India on January 18. The launch event will be held virtually and kick start at 12.30 noon. The company has not yet shared the pricing nor its availability details. In addition to this, a dedicated page has also gone live showcasing the key highlights of the upcoming smartphone.

Ready to experience the next best thing of the 5G world?
Get your hands on the fabulous and truly limitless #OPPOReno5Pro with 5G connectivity, futuristic videography capabilities and other infinite features. #LiveTheInfinite
Know more: https://t.co/KiM3VMc41v pic.twitter.com/pPQ14lX0oL

As for specifications, Oppo Reno 5 Pro 5G will be featuring a 6.55-inch full-HD+ OLED display with 1,080×2,400 pixels of resolution and 90Hz of refresh rate. The smartphone has an in-display fingerprint sensor for authentication. The device runs Android 11 with ColorOS 11.1 on top. Its is powered by a MediaTek Dimensity 1000+ SoC paired with ARM G77 MC9 GPU for graphics and will be available with up to 12GB of RAM and 256GB of storage options.

There is a 4,350mAh battery on the phone with 65W fast charging support. For connectivity, the device includes dual-band Wi-Fi, Bluetooth 5.1, GPS/ A-GPS, Glonass, 3.5mm headphone jack, and a USB Type-C port. While the sensors onboard include a geomagnetic sensor, proximity sensor, accelerometer, gravity sensor and gyroscope.

Komila Singhhttp://www.gadgetbridge.com
Komila is one of the most spirited tech writers at Gadget Bridge. Always up for a new challenge, she is an expert at dissecting technology and getting to its core. She loves to tinker with new mobile phones, tablets and headphones.
Facebook
Twitter
WhatsApp
Linkedin
ReddIt
Email
Previous article
CES 2021: 5 amazing tech-trends that will transform our lives
Next article
Warburg Pincus pumps in $100 million in personal audio brand boat