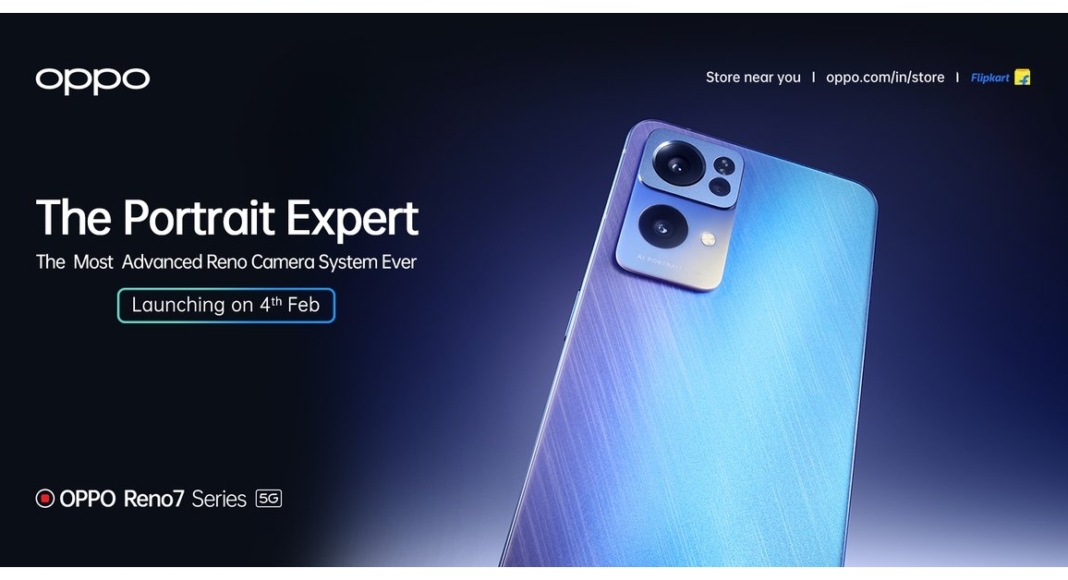 Oppo Reno 7 series India launch has been announced. The launch is scheduled to happen on February 4 in India. The company took to Twitter and its official website to confirm the launch date. The upcoming smartphone series is likely to include Oppo Reno 7 5G, Oppo Reno 7 Pro 5G, and Oppo Reno 7 SE 5G. All three phones were released in China last year. In addition, a special homepage for the new collection has been built by the firm.

The Oppo Reno 7 series will be available in India on February 4, according to a tweet from Oppo India. The Chinese business has not published any specifics but information regarding the Oppo phone lineup, including pricing and availability, has leaked on the Internet ahead of the official announcement.

The Oppo Reno 7 5G comes with a 6.42-inch FHD+ AMOLED display. The aspect ratio is set to 20:9, and the refresh rate is set to 90Hz. The Snapdragon 778G chipset powers the phone, which runs ColorOS 12 on top of Android 11. The device has a triple rear camera system that includes a 64MP primary sensor, an 8MP wide-angle lens, and a 2MP macro lens. A 32MP front-facing camera is also included for selfies and video chats. There’s also a 4,500mAh battery with a 60W flash charge capacity.

The Oppo Reno 7 Pro 5G features a slightly bigger 6.55-inch display than the Reno 7 Pro 5G. Within is a MediaTek Dimensity 1200 Max chipset. There is also a triple rear camera system with a 50MP primary sensor, a wide-angle lens, and a 2MP macro lens. The selfie camera is the same as its older sibling. There is also a 4,500mAh dual-cell battery with 65W quick-charging capability. A 32MP front-facing camera is also included for selfies and video chats. There’s also a 4,500mAh battery with a 60W flash charge.

Komila Singhhttp://www.gadgetbridge.com
Komila is one of the most spirited tech writers at Gadget Bridge. Always up for a new challenge, she is an expert at dissecting technology and getting to its core. She loves to tinker with new mobile phones, tablets and headphones.
Facebook
Twitter
WhatsApp
Linkedin
ReddIt
Email
Previous article
Micromax In Note 2 with MediaTek Helio G95 SoC launched in India
Next article
Comparison: Micromax In Note 2 Vs Moto G31, what is the difference, which one to buy