As per the company this offering, which is exclusive to India, honours the HBO Original series House of the Dragon in partnership with Warner Bros. Discovery. 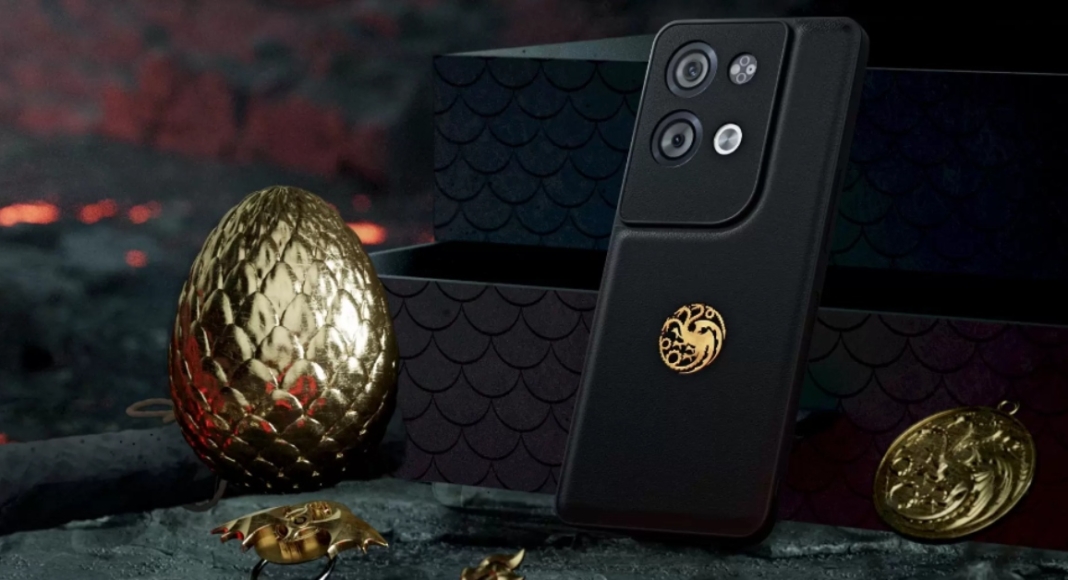 Oppo introduced the Oppo Reno 8 Pro House of the Dragon Limited Edition Set in India. The device has been released in collaboration with Warner Bros. Discovery Global Consumer Products. The phone has a Glazed back and includes other features inspired by the House of the Dragon.

In India, the normal Oppo Reno 8 Pro was released in July of this year. It is powered by a MediaTek Dimensity 8100-Max SoC with eight cores. As per the company this offering, which is exclusive to India, honours the HBO Original series House of the Dragon in partnership with Warner Bros. Discovery.

According to Oppo the most recent HBO Original House of the Dragon, a successor series to Game of Thrones, has been well-received by viewers in India and other countries. Fans may express their affection for the Seven Kingdoms universe by purchasing the limited-edition collectible set with a House of the Dragon theme.

The limited-edition set will also include accessories with House of the Dragon themes in addition to the Reno 8 Pro, such as a unique phone cover, a SIM ejector pin, a keychain, a phone holder, and a unique collectible dragon egg. A special scroll that welcomes viewers into the sweeping tale of House Targaryen will also be given to fans.

From December 13, OPPO Reno 8 Pro House of the Dragon Limited Edition Set will be offered on Flipkart for INR 45,999. Beginning on December 8th, 2022, fans will be able to pre-order the Limited-Edition Set.

Three rear cameras on the Oppo Reno 8 Pro each use a 50-megapixel Sony IMX766 sensor with an f/1.8 aperture. There is an 8-megapixel sensor coupled with an f/2.2 ultra-wide aperture and a 112-degree field of view, as well as a 2-megapixel macro camera with an f/2.4 lens. The MariSilicon X NPU has also been combined by Oppo with the camera to improve overall performance in both bright and low light.

The Oppo Reno 8 Pro boasts a 32-megapixel camera sensor with an f/2.4 aperture for selfies and video calls.

Komila Singhhttp://www.gadgetbridge.com
Komila is one of the most spirited tech writers at Gadget Bridge. Always up for a new challenge, she is an expert at dissecting technology and getting to its core. She loves to tinker with new mobile phones, tablets and headphones.
Facebook
Twitter
WhatsApp
Linkedin
ReddIt
Email
Previous article
Shopsy introduces Tamil and Telugu App interfaces to expand its reach
Next article
What gadgets do you need to start playing online bingo?