Oppo to launch F15 in India: The Chinese company confirmed 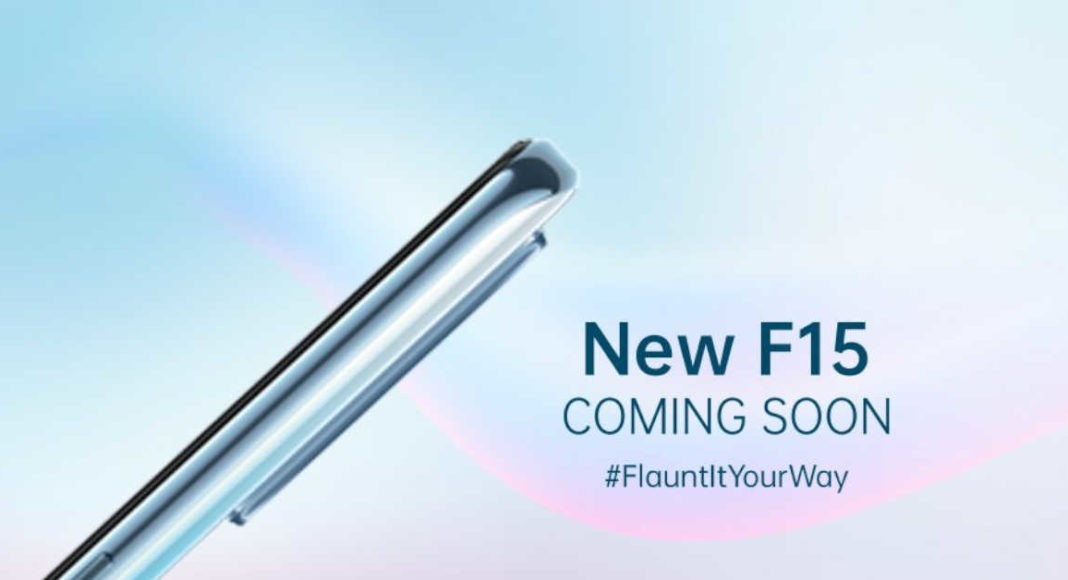 Oppo recently confirmed speculations about an addition to Oppo India’s F-series. The brand-new phone will be called the Oppo F15. The company released a render of the new device on twitter showing the sleek side profile of the soon to be launched smartphone. The phone is expected to have a great camera setup like other smartphones of Oppo. Not much has been revealed about the product by the company.

The F11 series were the last smartphones to be released by the brand in India. Speculations say that the Oppo F15 will have a water-drop notch with a 32-Megapixel sensor. The device most likely will have a quad-camera setup with a 48MP or 64MP primary sensor and could possibly run on Qualcomm’s Snapdragon 730 processor. The device is expected to come with 4GB or 6GB RAM.

From the teaser image, we know that the device will possibly have a sleek design and carry powerful cameras on both sides of the phone. The phone appears to have an elongated camera module which will house a vertical lens array on the back. Both the F11 and F11 Pro had dual cameras, so it is expected that the F15 will carry at least two or more cameras.

As a reminder, The Oppo F11 came with a 6.5-inch full HD+ LCD display and is powered by an Octa-core MediaTek Helio P70 processor. The phone has 4GB RAM and 128GB internal storage. The device comes with a battery of 4,020 mAh which supports VOOC flash charge. The phone has a dual rear camera setup with a 48MP primary sensor and a 5MP secondary sensor. The device also has a 16MP selfie camera.

Meanwhile, the Oppo F11 Pro has a 6.53-inch Full HD+ LCD display, the phone runs Android 9 with ColorOS 6, and is powered by an octa-core MediaTek Helio processor with 6GB RAM. This phone comes with a 4,000 mAh battery with support for 4,000 mAh VOOC flash charge. The F11 Pro came with dual rear cameras of 48MP and 5MP with a 16MP selfie camera.

The Oppo F15 will be the successor to the Oppo F11 and Oppo F11 Pro which were launched in March 2019. The phone is expected to be launched early 2020 around the same price point.

Achuuth Karthickhttp://www.gadgetbridge.com
The youngest member of Team Gadget Bridge, he is knowledgable Intern and loves his laptop and mobile phone. He cannot stay without them. He loves to talk about new consumer gadgets and has a bright mind.
Facebook
Twitter
WhatsApp
Linkedin
ReddIt
Email
Previous article
Samsung might release a clamshell designed foldable phone in February 2020
Next article
USA Army has banned TikTok and has told its soldiers not use the Chinese app