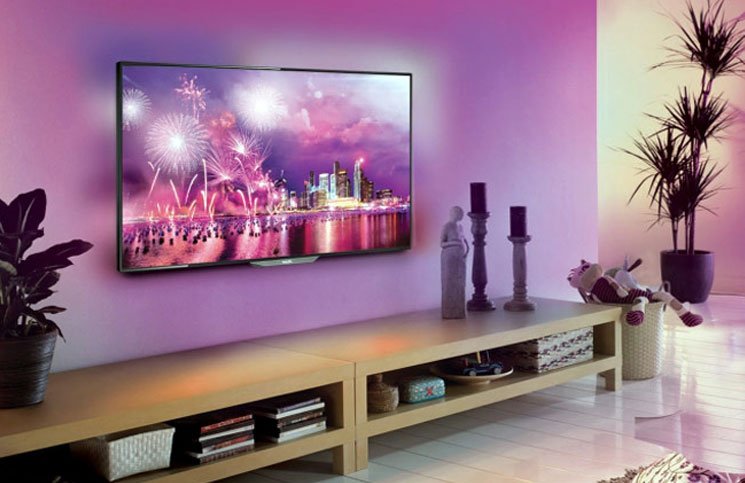 Philips is a brand that is pretty much liked by the matured audience in India. It is a brand that people have complete faith on. Weather it is your trusted Philips iron or the CFL bulb, people from the pre-2000’s era knows the brand well and trusts it to the core.

However, when Philips somewhat retracted from the home entertainment industry in India, people kind of forgot about it. As brands like Samsung, LG and Sony quickly gained speed. Now, the brand is back with an all-new UHD 4K LED television range that can give some of the best in the business a run for their money.

Philips 4K LED TV range sports its patented Ambilight feature, which emits an ambient light around the television panel (on to the rear wall) in accordance to the picture being shown on the LED screen. This has been seen in earlier LCD models from Philips and was quite a hit. So it made sense for them to bring it back in the newer version of televisions as well.

The Philips 4K televisions support 3,840 x 2,160 pixels resolution to bring movies, sports and games to life. 3D capability is what these TVs possess as well; the TV’s use active 3D method for the same. The range is available in 50, 58 and 65-inches, and the range starts from Rs 1.55 lakhs and goes upto Rs 3.72 lakhs.

Philips is again trying to make a mark and own a piece of the pie in the Indian TV industry. Yes, they are a bit behind in the race, but we do expect them to bounce back and hold a decent TV market share, considering they will launch more TV models in the near future.

Sulabh Purihttp://www.gadgetbridge.com
Sulabh Puri is the Editor In Chief of GadgetBridge.com. A content specialist, he started his career young and it has been a rewarding 15 years for him. Before heading Gadget Bridge, he was the Editor of Times of India (TOI) Technology and GadgetsNow.com. He has also led TOI’s international edit arm as the Editorial Head of Business Insider India and Tech Radar India. He has also worked with various media houses such as the India Today Group and Cybermedia. He loves everything ‘gadgety’ and enjoys tinkering with new tech toys and automobiles. A graduate in commerce from Delhi University, he is also an adept graphic designer. When he is not working, he can be found in the kitchen, cooking mouth-watering chocolate cakes and croissants.
Facebook
Twitter
WhatsApp
Linkedin
ReddIt
Email
Previous article
New range of Canon projectors come to India
Next article
Moto E second gen 3G Video Review