The device could be powered by a MediaTek processor. 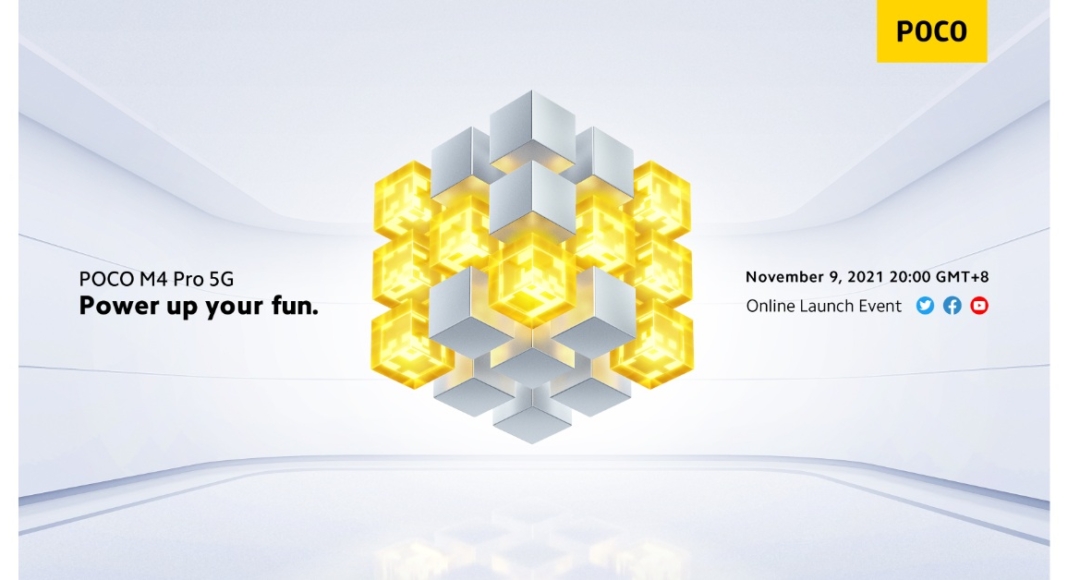 Chinese smartphone company, Poco, is all geared up to announce the launch of its new M Series smartphone in the market. Yes, we are talking about the Poco M4 Pro 5G, which is going to be the successor of the existing Poco M3 Pro 5G. The company has officially confirmed that its upcoming device is set to launch on November 9.

Ahead of this announcement, the smartphone also appeared on several certifications as well as benchmarking sites. While the rumours suggest that the phone will be very much like the recently launched Redmi Note 11.

According to the firm, the Poco M4 Pro 5G launch will take place on November 9. It is going to be an online event beginning at 8 pm GMT+8 which is at 5.30 pm IST. The launch event is going to be live-streamed via the company’s official YouTube Channel as well as on its social media platform at the same time.

The information about the upcoming Poco smartphone is very scarce, but the device has been spotted on Geekbench benchmarking site as well as on the IMEI certification website. The handset was found to be listed with similar model numbers- 21091116AC/21091116AG.

The suffixes C and G are said to be the Chinese and the Global variant. As per the listing, the phone is to be powered by an MT6833P chipset that is believed to be MediaTek Dimensity 810 SOC. The device’s single-core score is 603 and the multi-core score is 1,779.

Besides this, some reports suggest that the phone is likely to be powered by MediaTek Dimensity 700 SoC.

The listing further reveals that the Poco M4 Pro 5G may arrive with Android 11 out of the box. It could also be offered with 8GB of RAM. On the other hand, Eurasian Economic Commission (EEC) and China’s 3C listing suggest that the phone will get 33W fast charging support and a MediaTek chip.

Komila Singhhttp://www.gadgetbridge.com
Komila is one of the most spirited tech writers at Gadget Bridge. Always up for a new challenge, she is an expert at dissecting technology and getting to its core. She loves to tinker with new mobile phones, tablets and headphones.
Facebook
Twitter
WhatsApp
Linkedin
ReddIt
Email
Previous article
Apple iPhone 13 Pro review: Is it still the Apple of your eye?
Next article
Best 3 ways to fix AirDrop transfer failure on iPhone