Poco X3 to launch in India on September 22 via Flipkart 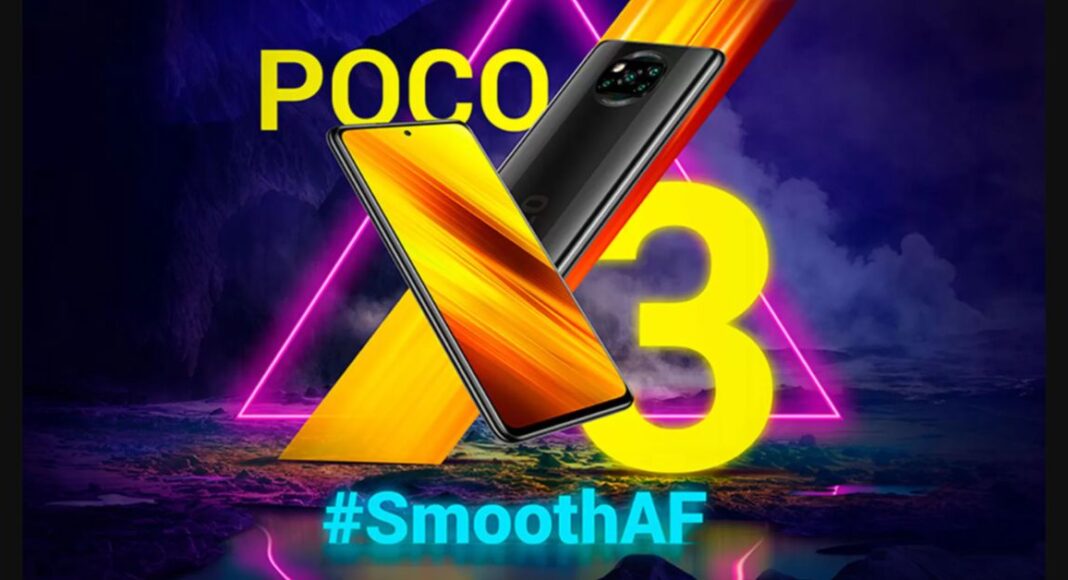 Recently Xiaomi’s Offshoot Poco unveiled its latest smartphone in the European market called Poco X3 NFC. Now the company has announced that on September 22 it will bring a new smartphone to India. The device is named Poco X3 which is going to be a twisted variant of the X3 NFC. The company took to Twitter to announce its upcoming device that is going to be launched at 12 noon onwards.

However, the tweet did not reveal anything much other than the launch date and time details. But it did share the exclusive image of Poco X3 that is coming to India and in terms of design, the phone looks very much similar to Poco X3 NFC which launched last week in the European market.

In addition to this, the company has also created a dedicated microsite for Poco X3 on the e-commerce website Flipkart to tease its availability. As per the listing, the smartphone is confirmed to be powered by Snapdragon 732G SoC, similar to the Poco X3 NFC. As of now, there is no clarity on whether the company is going to host a launch event or not.

Moreover, the company has also shared a 10-second long video teaser via Twitter only which reveals its front as well as the back of the smartphone.

Recently the device was also spotted on the benchmarking website Geekbench that suggests the device is going to be offered in an 8GB RAM variant that will run Android 10. The device was spotted with a model number Xiaomi M2007J20CI. It has also hinted at the ‘karna’ processor which is expected to be a Snapdragon 732G SoC. Moreover, Poco X3 would come with a bigger battery.

Komila Singhhttp://www.gadgetbridge.com
Komila is one of the most spirited tech writers at Gadget Bridge. Always up for a new challenge, she is an expert at dissecting technology and getting to its core. She loves to tinker with new mobile phones, tablets and headphones.
Facebook
Twitter
WhatsApp
Linkedin
ReddIt
Email
Previous article
Toshiba’s Ultimate 4K TVs to go on sale in India starting September 18th
Next article
GoPro HERO9 Black camera launched in India for Rs 49,500