Pixel Watch and Nest devices are also scheduled to launch alongside the phones. 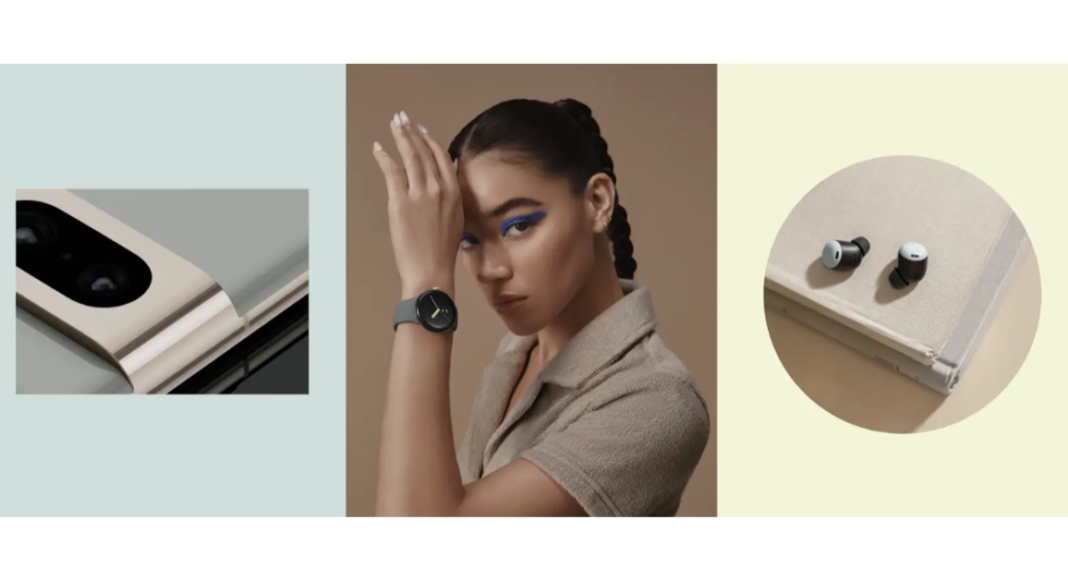 The much-awaited Google Pixel 7 and Pixel 7 Pro are scheduled to debut on October 6. At this year’s I/O event, Google provided a sneak preview of both new hardware products. Last week, ahead of the official announcement the company revealed the colour options of the upcoming smartphones and now the pre-booking details have been disclosed. The reservations for both phones will go live immediately after the launch. Moreover, the firm has also hinted that the Google Pixel Watch and a new Nest device will make their debut at the Made By Google event in the US.

The company took to Twitter and other social media channels to make the Google Pixel 7 and Pixel 7 Pro pre-order announcement. The tweet reads, “A few lucky members of #TeamPixel got a sneak peek at the latest additions to our family of devices. See for yourself at #MadeByGoogle on October 6th at 10 am ET.” A video has also been shared, which ends with a note that pre-orders begin on October 6.

Along with Pixel 7, Pixel 7 Pro the company will also announce Google Pixel Watch in addition to the Nest smart home portfolio.

“All of the devices will be shoppable the same day at GoogleStore.com or if you’re in the New York City area, visit our physical Google Stores to check them out in person,” the company stated.

During the keynote address at Google I/O in May 2022, Google first provided a sneak preview of the Pixel 7, Pixel 7 Pro, and Google Pixel Watch. The Pixel 7 phones will use Android 13 and the most recent version of our own mobile chip, Tensor, which adds even more useful, individualised features for speech recognition, images, and videos.

The Google Pixel Watch is the first wristwatch created and manufactured by Google. For the first time, it combines Google’s benevolence and Fitbit’s knowledge of health and exercise. Along with being compatible with all Pixel and Android phones, the Pixel Buds Pro and Pixel Buds A-Series wireless earphones, it is all presented in a new, revamped WearOS interface.

The NYC neighbourhood of Williamsburg will play host to the Made by Google launch event. While the live event is only open to the invited press, those who are interested can watch it online at GoogleStore.com/events, which is accessible to users in the United States, Great Britain, and Australia. Check out the Livestream here if you want to watch the event from somewhere else besides one of those nations. For real-time updates on social media before and after the event, you can also follow @madebygoogle.

Komila Singhhttp://www.gadgetbridge.com
Komila is one of the most spirited tech writers at Gadget Bridge. Always up for a new challenge, she is an expert at dissecting technology and getting to its core. She loves to tinker with new mobile phones, tablets and headphones.
Facebook
Twitter
WhatsApp
Linkedin
ReddIt
Email
Previous article
How to use the Instagram Avatar Feature like a pro? Full guide
Next article
Spotify announces Audiobooks service with over 300,000 titles