Prior to the launch, Oppo Watch specifications tipped on the internet, to be powered by Snapdragon Wear 2500 SoC

The Oppo Watch is going to launch today at an event 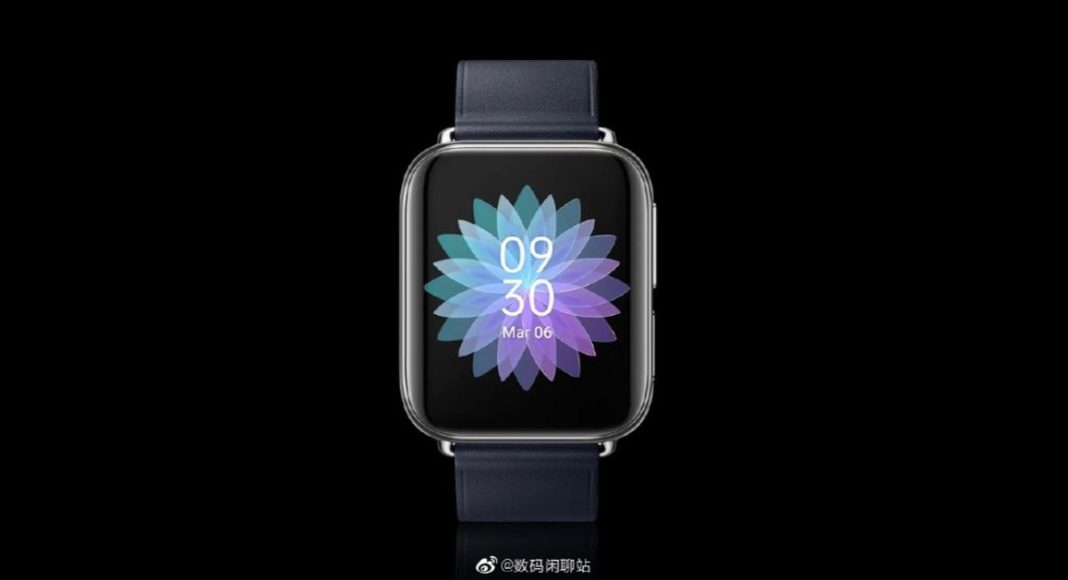 Oppo has been teasing its upcoming smartwatch for a long time now. The company will be unveiling Oppo Watch today in Beijing alongside its new flagship series Oppo Find X2. Previously the smartphone, as well as the smartwatch, was planned to launch at this year’s MWC in Barcelona. But due to Coronavirus spread the trade show had to be canceled and now the company will launch both the device today in China. Ahead of the launch, many leaks have appeared on the web that revealed the specifications of the Watch. Now a leakster from China has revealed the full specs of the Oppo Watch.

A Chinese leakster claims that the upcoming Oppo Watch will be featuring a  1.91-inches curved display. He took to Webio to further reveal that the smartwatch will be powered by a Qualcomm Snapdragon Wear 2500 chipset. Additionally, to improve its battery life it is integrated with the Apollo 3 chip. Furthermore, it is also revealed that the wearable will support heart rate monitor as well as an electrocardiogram (ECG) and up to 5ATM waterproof that we have already seen on Apple’s Watch Series 4, Watch Series 5, Amazefit Verge 2 as well as on Samsung Galaxy Active 2. The pricing of the Oppo Watch has also been revealed according to him the watch is likely to be priced at CYN 2000 that translates to Rs 21,200.

Recently the company itself revealed the shades it will be offered in. The device will sport a silicone strap that will come in black and gold variants which we have already seen in the previous leaks. According to some reports, the device will support voice call functionality. And to support this feature it will use an eSIM. In terms of design, the Oppo watch will look to the Apple Watch. The company VP revealed that the watch will be featuring a curved screen and 3D glass. On the sides, there will be two physical buttons just like Apple Watch. It would sport metal edges in gold and silver colours along with a  silicone strap.

The company recently shared the three images of the upcoming watch that revealed that it is going to sport a hyperbolic flexible screen technology. The first image shows that the smartwatch over a waterfall and the water is flowing from the edges. This reveals that it is going to feature a curved display. However, nothing much has been revealed by the company yet we should wait until the phone officially gets launched.

Komila Singhhttp://www.gadgetbridge.com
Komila is one of the most spirited tech writers at Gadget Bridge. Always up for a new challenge, she is an expert at dissecting technology and getting to its core. She loves to tinker with new mobile phones, tablets and headphones.
Facebook
Twitter
WhatsApp
Linkedin
ReddIt
Email
Previous article
Ahead of the launch Oppo Find X2 and Find X2 Pro pricing and full specifications leaked on the web
Next article
Xiaomi, Poco and Realme: Fighting each other Hammer and Tongs