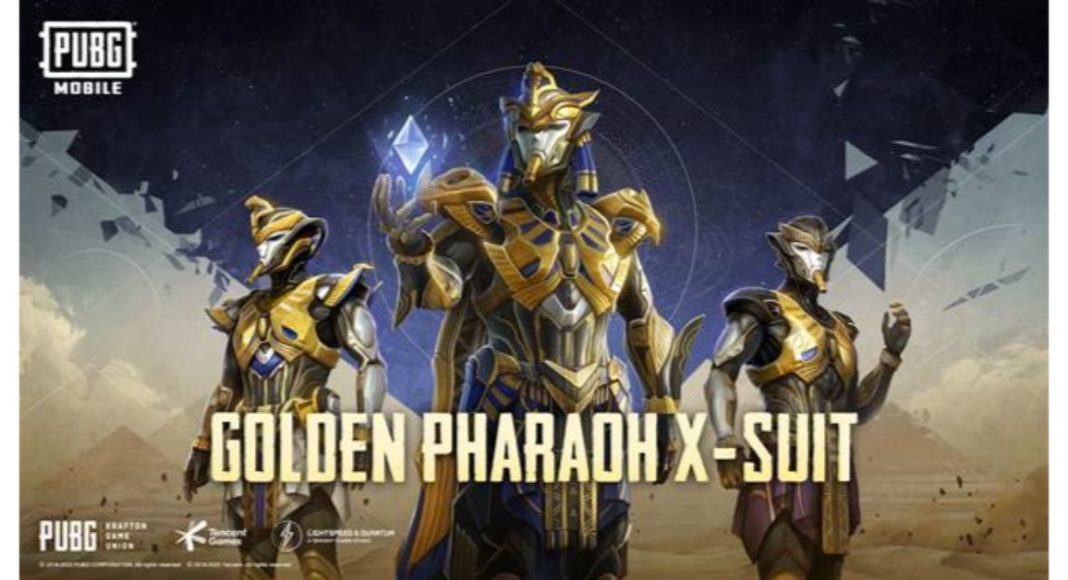 Recently Tencent Games the developers of PUBG Mobile game introduced a new mode called ‘Ancient Secret Mode’. The theme of the recent mode is based on a  mysterious ancient civilization. The company also introduced a new outfit and the new Golden Pharoah X-Suit is the one which is the first upgradable outfit introduced to the game. In addition to this, the company has also brought the Pharaoh Rises event slated to run from August 4 to September 11.

With the introduction of the new event Pharaoh Rises event to the PUBG Mobile game it brings an opportunity to win cool outfits like the Golden Pharaoh X-Suit, Warrior of Ra set, Warrior of Nut set, Underworld Guide set, and the Mummy set. All these costumes have been added with the latest update that brings the Ancient Secret game mode. Also, the new Golden Pharoah X-Suit is the first upgradable outfit that is one of the exciting things that have been added to the game. 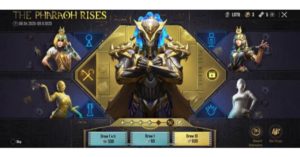 According to the company, the Pharaoh Rises event will run from August 4 to September 11. In the event, the players are allowed to make lucky draws using UC or Silver coins to get access to the new outfits introduced to the Ancient Secret Mode. Each set is said to come with its own exclusive Treasure crate. These treasures allow the players to get their hands on these outfits, Starforge Stones, Star fragments and Pharaoh coins. The luck draws will also grant Treasure crates at random, however, after 5 lucky draws players can go ahead and select a Treasure crate of their choice.

In the game the redeeming 1,000 Pharaoh coins for a level 1 Golden Pharaoh X-Suit or exchange the Pharaoh’s memory to obtain the outfit. Also, the Pharaoh’s memory can be gifted to friends. Besides, the Golden Pharaoh X-Suit and the Mummy set the players can also win duplicate items that can be converted into Pharaoh coins. The set can be upgraded with Starforge stones and Star fragments.

In addition to this, the Golden Pharaoh X-Suit can be upgraded and comes with six levels, each of which unlocks additional benefits. Each level consists of a total of three sets that include exclusive lobby emotes, entry emotes and spawn island and Kill Announcements special effects. The Golden Pharaoh X-element can also be shared with teammates.

The Golden Pharaoh X-Suit will have the following 6 levels and rewards:

Komila Singhhttp://www.gadgetbridge.com
Komila is one of the most spirited tech writers at Gadget Bridge. Always up for a new challenge, she is an expert at dissecting technology and getting to its core. She loves to tinker with new mobile phones, tablets and headphones.
Facebook
Twitter
WhatsApp
Linkedin
ReddIt
Email
Previous article
Comparison: Samsung Galaxy Note 20 Vs Samsung Galaxy Note 10
Next article
Here are the top deals on smartphones by Flipkart and Amazon to watch out for