The game also brings new outfits based on the theme 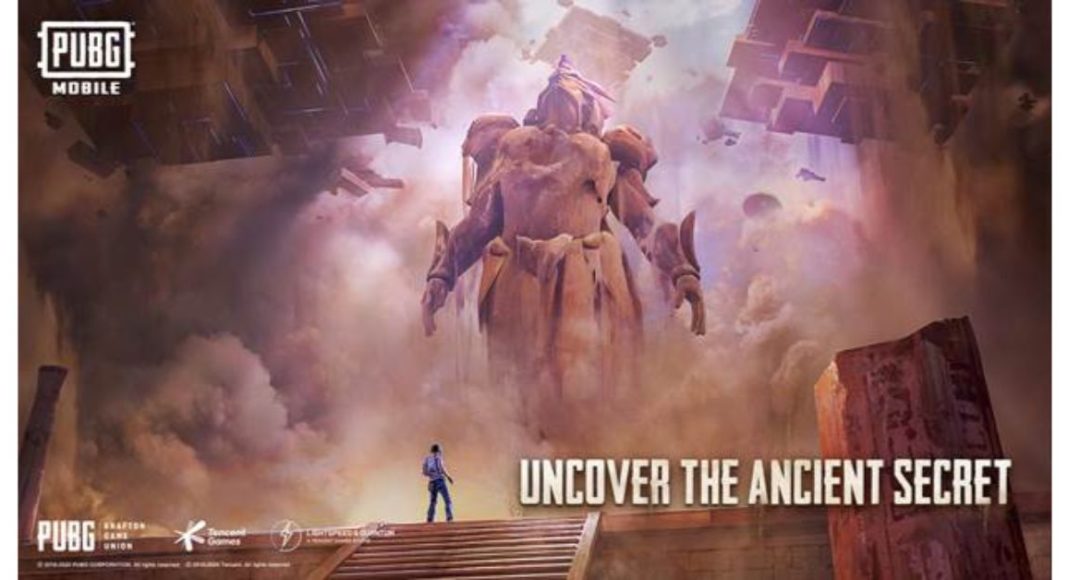 These days PUBG Mobile game is getting more popular and the company keeps on bringing new updates to its platforms to keep the players engaged. In the latest development, Tencent games have brought the latest update to the game. This update gets the tea game a new ‘Ancient Secret Mode’. This time the update’s theme is based on a mysterious ancient civilization. In addition to this, the game also gets all-new in-game events and exclusive rewards.

In a similar way, a fresh fast-paced content arrives in the form of the new Arena gameplay – Team Gun Game and Library map in the hit Arena. While the new game mode Ancient Secret Mode will be available to tea me and can be found inside the main menu via the Mode Selection screen. According to the company, the new mode can observe and explore an ominous “Ancient Secret” building rising on Miramar and Erangel. This massive two-story structure begins each game at ground-level, but then begins to float and follow the play circle.

Following are the new features of the new game mode:

New Boss Battle: The players have to fight against a new secretive boss that waits in a sealed room on the second floor of the structure. On defeating the players will win rewards.

Small Ruins Environment – Players can pass through small ruins that produce randomly throughout the map, concealing crates and puzzles

In addition to this PUBG Mobile also gets new outfits based on the environment and the theme. It brings outfits such as the Golden Pharaoh X-Suit, Warrior of Ra, Warrior of Nut, Underworld Guide and Mummy Outfit set. For the first time, these costumes can be  upgraded up to six levels to access additional benefits, including:

Moreover, the outfits include a unique and exclusive Treasure Create that players can unlock for additional rewards, including Pharaoh Coins to exchange for other outfits, materials to upgrade Golden Pharaoh X-Suit and more. Players can also make lucky draws by using UC or Silver Fragments.

Coming to the new Arena gameplay brings content such as Team Gun Game and Library map. The Team Gun Game offers four vs. four gameplay with Arena mode starting weapons. In order to upgrade their weapons, the players have to defeat opponents. Those who come first can use the final weapon notorious pan and also claim the Chicken Dinner. The Team Gun Game will be available every weekend.

Team Gun Game can also be played on the Library map with a symmetrical layout with three assault routes: left, right and centre. According to the company, unique positions on platforms, in doorways or behind bookshelves offer competitors advantages for strategic positioning and provide players with weaker weapons a fighting chance.

The additional features include:

Komila Singhhttp://www.gadgetbridge.com
Komila is one of the most spirited tech writers at Gadget Bridge. Always up for a new challenge, she is an expert at dissecting technology and getting to its core. She loves to tinker with new mobile phones, tablets and headphones.
Facebook
Twitter
WhatsApp
Linkedin
ReddIt
Email
Previous article
August 5 Amazon Quiz: Participate to win Huawei P30 Pro
Next article
Samsung to host Galaxy Unpacked 2020 tonight: Everything we know so far and how to watch the event live