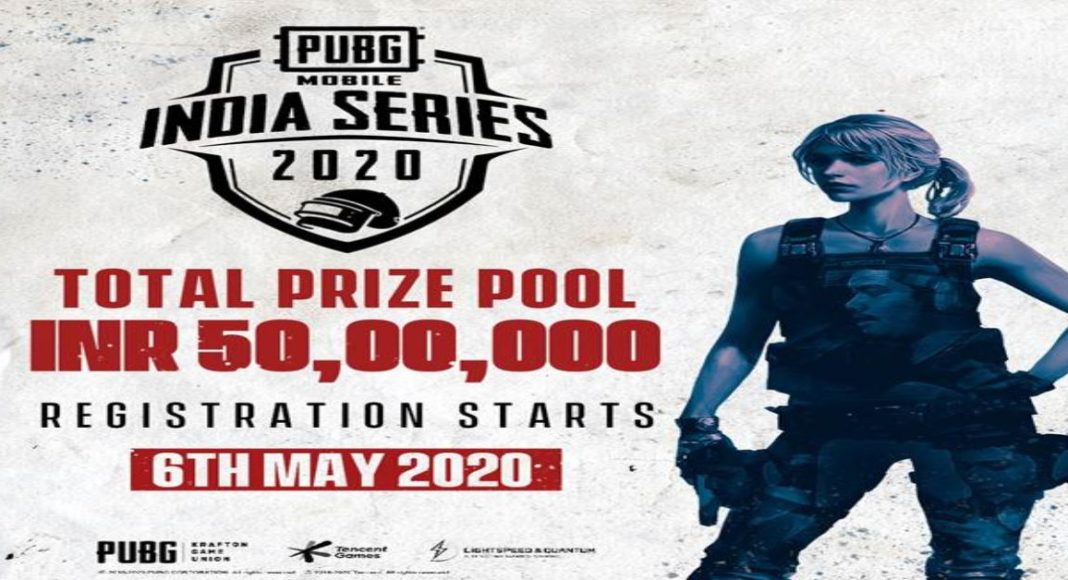 Tencent Games the developers of PUBG Mobile today announced its second edition of PUBG MOBILE India Series 2020. This tournament is organised by PUBG Corp. in association with Tencent Games. This time the company is offering a prize pool of 50 lakhs.

Commenting on the announcement of the second edition of the India Series, Aneesh Aravind, General Manager, Tencent Games, India said, “India’s immense love and support for PUBG MOBILE is our strongest motivation to keep developing new and better ways to keep our players challenged and entertained. We kickstarted open-for-all esports tournaments in India last year with the first edition of The PUBG MOBILE India Series with over 575000 participants, and this became the launchpad for many of our most talented players. The roots of almost all PUBG MOBILE pro-players and clans in India currently, can be traced back to PMIS 2019. The esports ecosystem and PUBG MOBILE players have come a long way in India in one year, and we want to accelerate this growth. We want PMIS 2020 to provide a path for our talented amateur teams to become pro players and be the next big stars in PUBG MOBILE.”

The registration for the PUBG MOBILE India Series 2020 has begun and will be open till May 17. Those interested can get themselves registered here and there is no limit to the number of registrations from players. However, these will be filtered down on the basis of an online – cutoff. The team ranking first is eligible to win Rs 20 lakh whereas the first runner up can win Rs 5 lakh and the second runner up Rs 3 lakh while cash prizes will be offered up to rank 16. Until now the company has not disclosed the official date for the grand finale According to the company, the PUBG Mobile tournament will take place in stages. Every registered squad will be required to play 15 matches, out of which, 10 best games will be taken into consideration for qualification.

Out of which a total number of 256 teams will be selected and they will further compete in the online qualifiers, of which the top 248 teams are from the In-game qualifiers and the other 8 teams will come in as direct invitees. Then the teams will be playing 2 matches each. Those who take hold of the top three slots in each group gets qualified for the Quarter Finals.

A total of 64 teams will further compete in the online Qualifiers and then the top 48 teams will make their way to the Quarter Finals. Now 8 invited teams will be there in the Quarterfinals. The other 8 teams will be chosen from the Online Qualifier results on the basis of top kills (the next top 8 after the first 48 teams). These teams will be battling for a period of 4 days to grab the top 32 slots on the leaderboard for the semifinals. 32 top teams from Quarter Finals will advance to the Semi-Finals. These Teams will fight it out for the top 16 slots to enter into the grand finale. These teams will further battle for a period of three days to grab the first rank through a total of 18 matches during PUBG MOBILE India Series 2020.

Komila Singhhttp://www.gadgetbridge.com
Komila is one of the most spirited tech writers at Gadget Bridge. Always up for a new challenge, she is an expert at dissecting technology and getting to its core. She loves to tinker with new mobile phones, tablets and headphones.
Facebook
Twitter
WhatsApp
Linkedin
ReddIt
Email
Previous article
Apple’s Worldwide Developers Conference to be held online for free, beginning June 22
Next article
Lenovo Legion gaming smartphone to come with dual USB Type-C ports, screenshots of the promotional video leaked