The version 0.16.0 update includes Flare Guns along with Paint Grenades 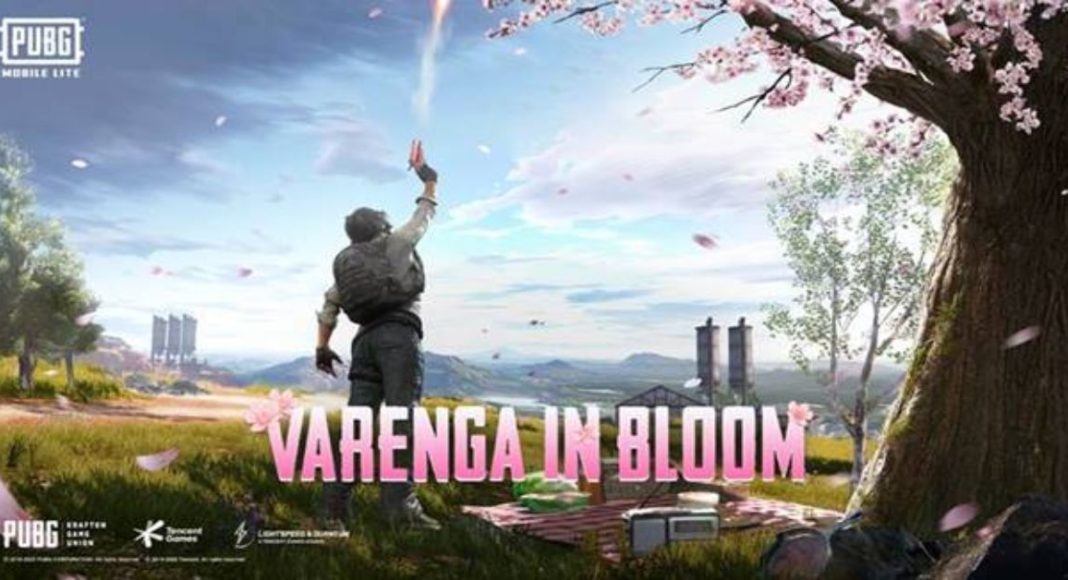 People around the world have been hunched down for an extended period of quarantine or lockdown due to health concerns considering Coronavirus. Kids and even elders are turning to games to spend their time. During this period many gaming companies are either facing issues related to connectivity or having trouble playing which might be due to rapid growth in traffic. But hopefully, PUBG is under control and the developer is now rolling out a new update for PUBG Mobile Lite themed as  “Varenga in Bloom”

It’s been almost two years since the  PUBG Mobile Lite made it to the Android and iOS app stores. Since then the game has received numerous updates for the better gaming experience. Today the company has rolled out version 0.16.0 update that is going to bring a decorated Spring Festival main menu that includes Cherry Blossom areas in Varenga with high odds of Picnic Baskets spawning. The PUBG Players can now search for Picnic Baskets under certain cherry blossom trees to find Flare Guns and festive Paint Grenades.

According to the company the  Flare Guns can be used to call in Super airdrops with power weapons, and Paint Grenades release colourful paint that dye characters in Spring colours. In addition to this, the new update also brings new improvements to the Varenga along with map updates. A shelter has been added with resources to the North, added more roads leading to the Urban area, fine-tuned the industrial area to the Southwest Factory and more.

Komila Singhhttp://www.gadgetbridge.com
Komila is one of the most spirited tech writers at Gadget Bridge. Always up for a new challenge, she is an expert at dissecting technology and getting to its core. She loves to tinker with new mobile phones, tablets and headphones.
Facebook
Twitter
WhatsApp
Linkedin
ReddIt
Email
Previous article
Apple unveils fourth generation Powerbeats with 15-hours battery life for $149
Next article
Samsung Galaxy M21 with 6,000mah battery launched in India: Pricing and specifications