PUBG Mobile Lite vs PUBG Mobile: Everything you need to know

PUBG Mobile Lite has been launched for entry-level devices.

Tencent Games has launched its PUBG Mobile Lite in India this week. It is the toned-down version of PUBG Mobile battle royale game and it 2GB of RAM and 2GB of internal storage. With PUBG Mobile Lite, the company is eyeing to get even more number of players onboard as it gets the hardware requirements down. So, even people with entry-level smartphones will be able to play the game. Here, we are listing down the key differences between PUBG Mobile Lite and PUBG Mobile. Take a look:

PUBG Mobile requires 2GB of RAM in order to run at its minimum settings. However, if your device has more RAM, it’s obviously better as the graphics of the game will be more enhanced. On the other hand, PUBG Mobile Lite has been designed especially for entry-level handsets, so it would perform well even with 2GB of RAM. Coming to the app size, PUBG Mobile is 2.04GB and it takes around 2.22GB on the smartphone of the user. PUBG Mobile Lite, as the name suggests, requires much lesser space. It needs 491MB in terms of size and takes 590MB on the device.

But then, it is worth pointing out that the game storage will increase once you begin playing. This is because the game saves user data. Nevertheless, the Lite version of the game will enable users with limited storage on their smartphones to play PUBG.

Game modes, maps and other options

You will be able to find Erangel, Miramar, Sanhok, and Vikendi in Classic mode. For War, Mini-Zone, Quick Match, and Sniper Training, you would have to go to Arcade. Lastly, EvoGround mode has three maps including TDM: Warehouse, Zombie: Darkest Night, and Zombie: Survive Till Dawn 2. 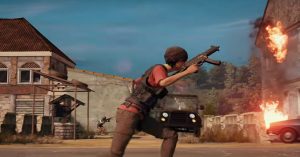