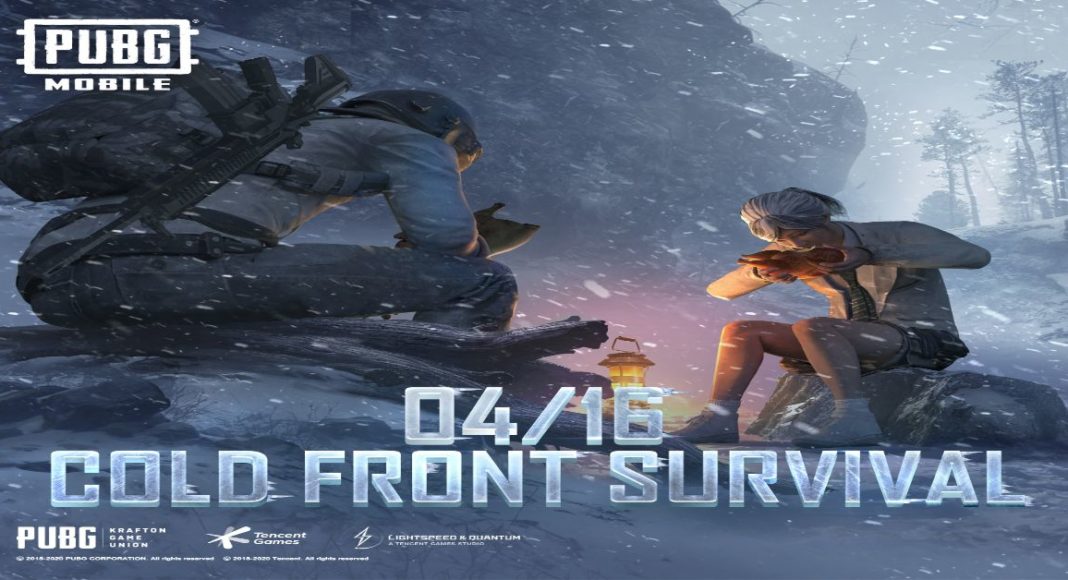 The popular mobile game PUBG has announced that soon it will release the “Cold Front Survival” mode for its mobile platform. The new mode for PUBG Mobile will be rolled out on April 16. The company took to Twitter to announce the new mode.

PUBG Mobile “Cold Front Survival” mode is all set to launch on April 16. The company has shared a teaser for the upcoming mode for the game that was earlier spotted on a beta version of Game For Peace which is the Chinese version of PUBG Mobile. Until now the company has not shared any specific detail other than the launch date, The company in its tweet said, “Any guesses on what this new item is? #ColdFrontSurvival #pubgm #ComingSoon”

In another tweet, the company said, “Out there in the cold, stories of battles won in extreme conditions, will be written… #ComingSoon #pubgm”. This tweet clearly indicates that the new mode will be more of a survival mode. As per a report, the new mode is expected to be set in Vikendi and the players will have to survive in an extremely cold environment while searching for wood to set a bonfire, hunt for animals to survive in the chilly situations. Additionally, a timer will also be added to the mode that will alert the players of the approaching chilly winds to find shelter as well as assemble things for their survival.

In one of the shared poster images, a drone is seen which could also be expected to be a part of the new gaming mode which Call of Duty: Mobile game already has. The addition of drones to the mode could be used as a to keep a watch or as a following tool which might be useful for searching enemies, weapons as well as equipment in the map.

Komila Singhhttp://www.gadgetbridge.com
Komila is one of the most spirited tech writers at Gadget Bridge. Always up for a new challenge, she is an expert at dissecting technology and getting to its core. She loves to tinker with new mobile phones, tablets and headphones.
Facebook
Twitter
WhatsApp
Linkedin
ReddIt
Email
Previous article
Netflix announced new parental controls for families: Learn how to set up new parental control
Next article
The OnePlus 8 series case images leaked ahead of launch, the retail box of OnePlus 8 Pro also spotted