The update is now available for both Android and iOS.

PUBG Mobile has today released the patch notes of its version 0.14.0. PUBG Mobile 0.14.0 is available to download on Android as well as iOS. The new update gets the functionality as well as get new content to the game.

According to PUBG, the latest 0.14.0 update gets security improvements, in-game changes and a new vehicle to the game. Here’s a look at all the changes that have been made PUBG Mobile 0.14.0:

Android Resources Extension Pack: The size of the Android installation package and added Resource Expansion Pack has been reduced. We should mention that the latter contains some rarely used equipment and resources that are displayed with a placeholder icon until the time the user downloads the Pack.

Daily Mission redesigned: (Not available on the test server yet)

In this asymmetric PVP mode, players will randomly be divided into Zombies and Defenders. Defenders will be able to use firearms, but Zombies will only be able to use melee attacks and abilities with cooldown time.

Another notable thing is that Zombies can be revived in case they are defeated by Defenders, however, the same is not the case for Defenders. In case Defenders get killed by Zombies, they will turn into Zombies themselves. If all Defenders are infected, zombies win; but even if just 1 Defender survives by the end, then the Defenders win.

Level V and rewards added for some achievements:

Complete any 2/4/6 of the following achievements: 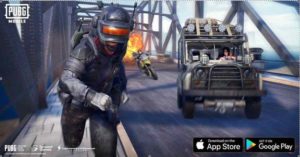 Improved outfits: After the update, if the outfit being previewed is in conflict with the currently equipped outfit, the current outfit will be unequipped to make sure the previewed outfit displays correctly.