The newest addition to the map is the inner zone. 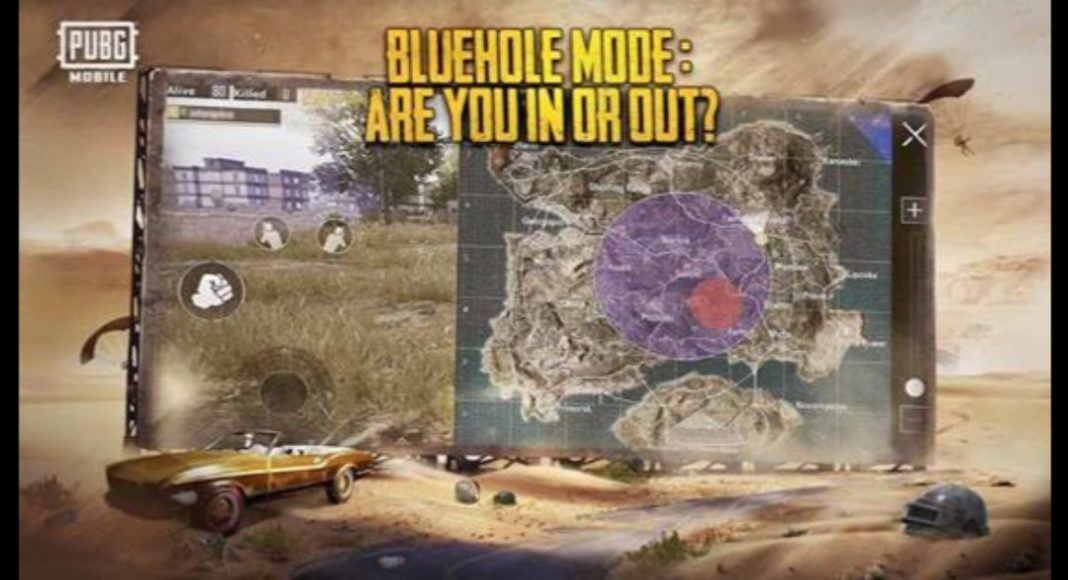 After a lot of hype and speculations, Tencent Games recently releases PUBG Mobile 0.18.0. The new update brought a lot of features along with a new landscape, housing areas, roads and much more. New weapons, changes in UI, currency as well as skins were added to the popular game. Now get ready for the next update which is being rolled out with the version number 1.18.0. The new update brings some new to the Mad Miramar, The Bluehole Mode, exciting new weapons.

PUBG Mobile Update 1.18.0 new game mode Bluehole Mode that is set up on Erangel. It comes with a new anti-camping mechanic that could significantly rebalance the PUBG Mobile ecosystem, the company says.

According to the company, there are two zones in the new game mode, one within the larger zone, and players inside this smaller zone risk damage. This mode increases the spawn rate, and the last team standing will win the Chicken Dinner.

The newest addition to the map is the inner zone. When you are pushed into the inner blue zone you are going to go through the same amount of damage as you faced in the outer zone. Which means the players should try not to get inside the inner zone until the blue zone becomes the next safe zone.

In addition to this, all the supplies will increase by 50 percent in the Classic Mode Erangel map that will allow the players to revive their teammates within 4 seconds. Also now the battle area has become smaller in size because the blue zone is now inside the outer region. The Bluehole mode has a one of a kind gameplay experience of a second interior zone. This gives us the opportunity to see which places on the map are safe and where danger could be hiding out.  Taking advantage of the Erangel map the players can now choose weapons. You can choose the best gun such as AWM, DP-28, M249, M416 and LMGs because of their long and mid-range extensivity.

As per the company, the Bluehole Mode challenges players with a second zone that risks damage and tackles players that camp out while active players risk their lives by being on the move. This can also be used for our benefit. You can start off by navigating the borders of the second zone to remove the opportunistic looters. Those who move towards the second zone for loot can use vehicles to keep damage to the bare minimum.  Players who are just skirting the zone can consider these vehicles free kills as opponents need to escape the zone. You will have a clear division between your opponents and safety which is a simple tradeoff, even if the loot is not easily accessible.

Komila Singhhttp://www.gadgetbridge.com
Komila is one of the most spirited tech writers at Gadget Bridge. Always up for a new challenge, she is an expert at dissecting technology and getting to its core. She loves to tinker with new mobile phones, tablets and headphones.
Facebook
Twitter
WhatsApp
Linkedin
ReddIt
Email
Previous articleSamsung Galaxy A51 is the  world’s highest-selling Android smartphone model in the Q1 of 2020
Next articleMessenger Rooms now allowing up to 50 people to join a group video call, the feature is now being rolled out globally