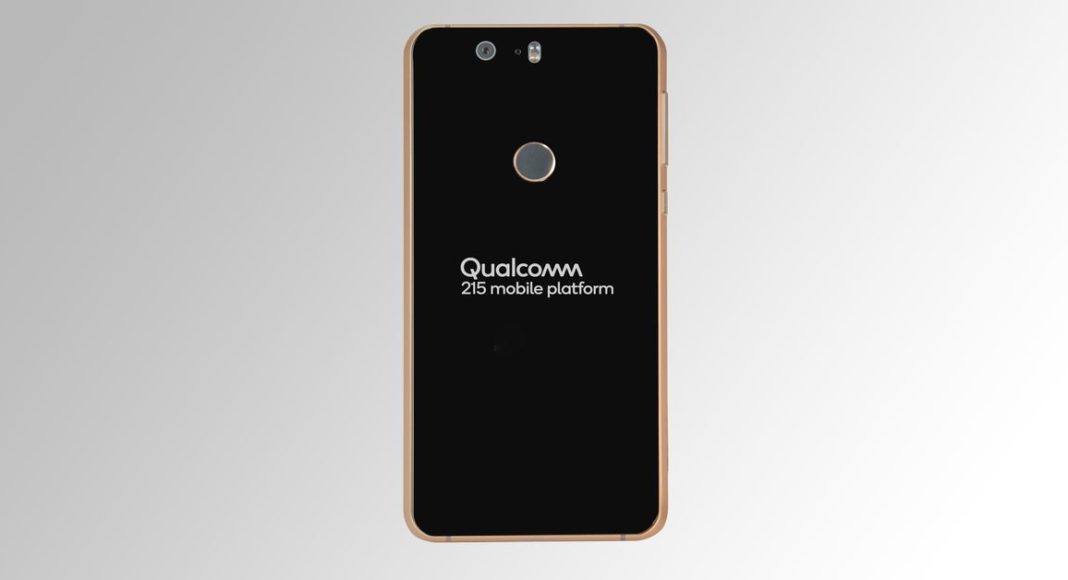 American chipmaker Qualcomm has today announced the newest addition to its 2-series – Qualcomm 215 mobile platform. The company has claimed that this mobile platform gets “leading mobile experiences to entry-level smartphone buyers who need reliable, lasting performance.”

Speaking on the launch of the new chipset, Kedar Kondap, vice president of product management, Qualcomm Technologies said, “Featuring a 64-bit CPU and dual-ISPs, the Qualcomm 215 Mobile Platform is a significant milestone for the expansion of the entire mobile industry. We’re raising the bar for mass market devices and enabling experiences that were never before possible in the 2-series.”

Here’s a look at the key features of the Qualcomm 215 mobile platform:

Qualcomm 215 mobile platform comes with ARM Cortex A53 cores that are claimed to deliver up to 50% increased CPU performance as compared to the predecessor. The chipset is the first ever 64-bit CPU in the 2-series to come with a big boost in performance and it is claimed to offer better device longevity as it has support for modern 64-bit applications. The chipset also comes with an integrated Qualcomm Hexagon DSP that can support more than five days of music playback. Qualcomm 215 SoC also comes with Qualcomm’s Adreno 308 GPU and is equipped with display and video processing engines that support up to 10+ hours of video playback. It also has Qualcomm Quick Charge technology.

Qualcomm 215 has support for dual ISPs, which means that it can support dual rear cameras. We should point out that this is also a first in the 2-series. The chipset will enable the device to capture images of up to 13MP. It is also the first ever chipset in 2-series to come with support for HD+ resolution displays. Since it comes with Adreno 308 GPU, Qualcomm 215 has a boost of up to 28% increased gaming performance as compared to its predecessor.

Qualcomm 215 also comes with integrated Snapdragon X5 modem that has support for LTE Cat 4 with Carrier Aggregation for faster data rates and download speeds up to 150Mbps. It is the first ever platform in the 2-series to come with support for EVS Voice calls and Dual Sim with Dual Voice-over-LTE. This allows users to have multiple SIMs in their device.

The Qualcomm 215 Mobile Platform debuts the following “firsts” in the 2-series:

Commercial devices with Qualcomm 215 chipset are expected to be available in second half of 2019.

Avani Baggahttp://www.gadgetbridge.com
Avani has an immense love for reading, travelling and food, but not necessarily in the same order. Avani almost started pursuing law, but life had other (better) plans for her and she chose to be a writer instead (luckily!) She previously covered technology at Times Internet and wrote about smartphones, mobile apps and tech startups. When she’s not writing, you’ll be able to find her in book stores or catching up on her social life.
Facebook
Twitter
WhatsApp
Linkedin
ReddIt
Email
Previous articleSamsung Galaxy A30’s latest update gets July 2019 security patch
Next article10 PUBG Mobile tricks you need to know to always get the Chicken Dinner