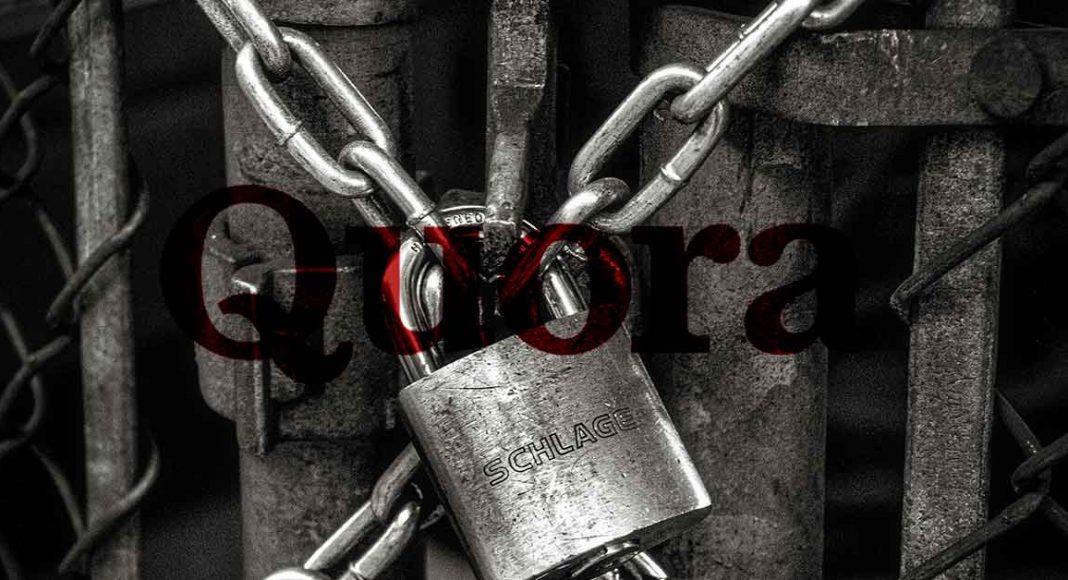 Reports like these send shivers down our spine. We really cannot trust the most trusted of services and apps. Hackers find a loophole to steal data and use it to their benefit. The latest to undergo a dark world web attack is Quora. They have confirmed that last week, hackers broke into their servers and in all probability were able to steal data of 100 million of its users.

The attackers not only steal their names and email addresses, but were able to pick up the encrypted passwords of the users as well. Over that, if the user has imported their contacts or geo location from other social networks onto Quora, chances are that has been stolen too.

This is a huge breach. Much of the user data is now in the grey world and can be used for black marketing in the dark areas of the internet. Our suggestion is you quickly change passwords of any connected accounts and devices linked to Quora.

The official statement from the company says, “On Friday we discovered that some user data was compromised by a third party who gained unauthorized access to one of our systems. We’re still investigating the precise causes and in addition to the work being conducted by our internal security teams, we have retained a leading digital forensics and security firm to assist us. We have also notified law enforcement officials.”

Quora is in the process of notifying users whose data has been compromised and is overall logging out users who may be affected by the breach. Also, they are identifying the root cause of the hack and are trying to plug it, so that it does not happen again.

The official statement also says, “It is our responsibility to make sure things like this don’t happen, and we failed to meet that responsibility. We recognize that in order to maintain user trust, we need to work very hard to make sure this does not happen again. There’s little hope of sharing and growing the world’s knowledge if those doing so cannot feel safe and secure, and cannot trust that their information will remain private. We are continuing to work very hard to remedy the situation, and we hope over time to prove that we are worthy of your trust.”