HomeNewsRashmi, the first humanoid robot made by a software engineer based out...

Rashmi, the first humanoid robot made by a software engineer based out of Ranchi is now a RJ 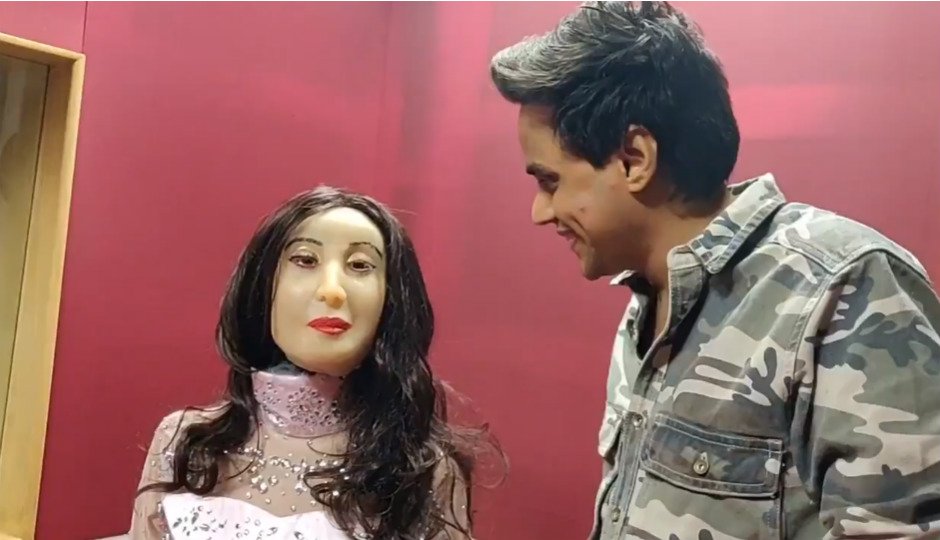 A humanoid Robot called Rashmi has been created by Ranjit Srivastava, a 38-year-old Ranchi based software engineer. The news of the creation of this robot came back in August, 2018. Since 3rd December the robot has been employed by popular radio channel as an RJ. The robot hosts the ‘Ask Rashmi’ segment where people can ask questions to her and she replies to them. This is the lip-syncing robot, which uses Artificial Intelligence, Linguistic Interpretation, visual data and face recognition systems to make it talk like a human being. Rashmi was called the Indian version of Sophia robot, which was developed by Hanson Robotics, a company based out of Hong Kong.

The development of Rashmi robot is said to have taken two years and Rs 50,000 were spent during that time. She can speak in various languages such as Hindi, English, Marathi and Bhojpuri. Ranjit Srivastava’s idea of developing this Robot was inspired by watching Sofia.

So many robots are developing around the world. In the context of India’s development, this is a huge milestone. Many Indian IT professionals have taken up the field and soon we might see more such robots coming in.

Engineers worldwide are also designing androids. Robot designs to a large extent are inspired by nature. Scientists study the skeletal and muscular system of animals in order to make robots. The end result is realised when they are converted into servos and actuators—it is all based upon natural environment.