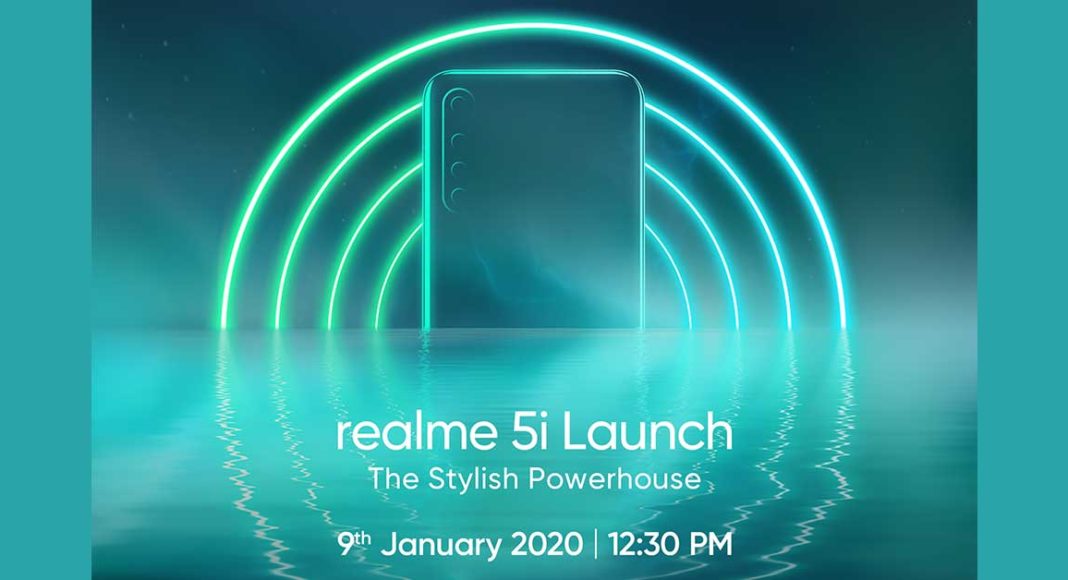 Realme India has announced that the Chinese company will soft launch the Realme 5i in India this week. Yes, the date has been set for the first launch of 2020 by the company, they will be launching the smartphone in an online event on Jan 9th 2020 at 12:30 noon. Realme India’s CEO Madhav Sheth has also tweeted that the smartphone will be launching then and the Realme 5i has been listed on Flipkart as its online partner. The phone is slated to launch in Vietnam today, so from that, we have got a fair bit of Idea what kind of specs the phone will carry.

Guys, introducing #realme5i our new edition to the highly appreciated #realme5series!
Launching on 9th Jan. at 12:30 PM
RT, if you are excited. #TheStylishPowerhousehttps://t.co/CKdg7QdUt8 pic.twitter.com/933eDVH0Eh

The Realme 5i is slated to come with Qualcomm Snapdragon 665 chipset. This will be accompanied by 3GB RAM and 32GB storage. The other variant will have 4GB RAM and 64GB storage. This is a budget smartphone so we do not expect extreme graphics from it. The company has put a 6.5-inch display on it with a notch on top that has the front-facing 8-megapixel camera. This is an LCD display with HD+ resolution.

The teaser image of the phone shows that the rear will have 4 cameras and no rear fingerprint scanner. The camera will carry 12MP+8MP+2MP+2MP sensors. The second 2MP camera will be for macro shots. And the 8MP camera will be for ultra-wide shots and should have f/1.8 aperture. The battery of the smartphone will be 5,000mAh and should come with a fast charger in the box.

As for the operating system, the Realme 5i will come with Android Pie 9 OS with ColorOS 6. The colour options will be Green and Blue gradient panels at the back. Connectivity options will include WiFi, GPS, Bluetooth, USB Type-C and 3.5mm audio port.

Realme 5i is the successor to Realme 3i that was launched in 2019 here in India, which was priced at Rs 7,999. Industry insiders are saying that Realme 5i will also be priced around the same price for the 3GB version. The 4GB version can be Rs 1,000 more expensive.