Redmi A1 launched in India at Rs 6,499: Price and Specs details 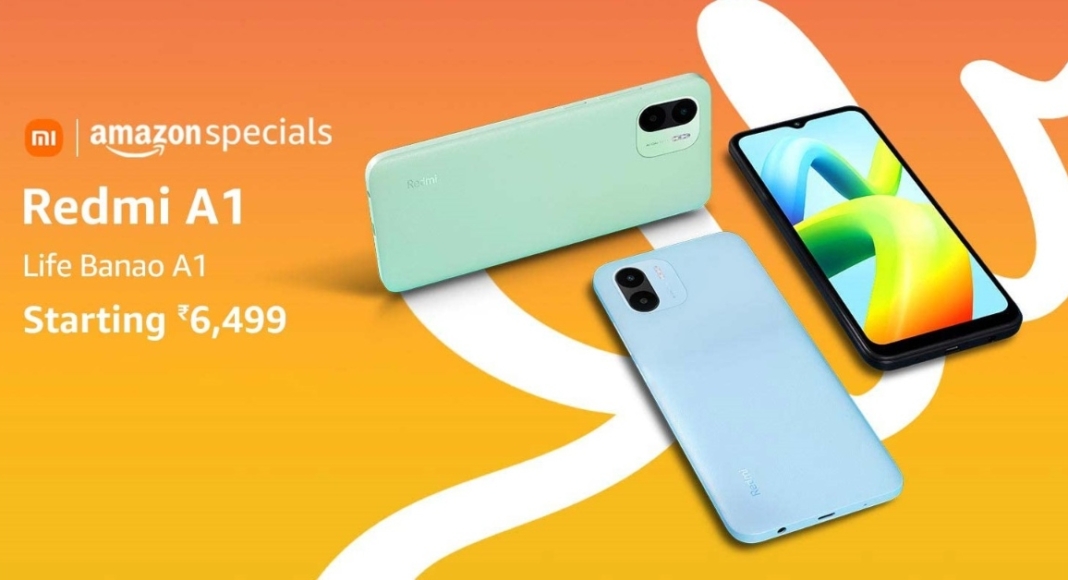 Xiaomi’s sub-brand Redmi today announced the launch of a new budget smartphone in the Indian market today. This budget smartphone is priced under 10K and has been introduced along with Redmi 11 Prime series. The new phone is powered by MediaTek Helio A22 SoC. It packs a 5,000mAh battery and runs on Android 11 out of the box. The device also features a dual rear camera set-up.

Redmi A1 price in India and sale details

Redmi A1 has been launched in India with a price tag of Rs 6,499 for the single 2GB RAM with 32GB of internal storage. It is available in the colours Classic Black, Light Green, and Light Blue. Starting on September 9 at 4 pm IST, the device will be sold in the nation through Amazon, Mi.com, Mi Home stores, and Xiaomi’s retail partners.

Contrarily, the Redmi 11 Prime 5G has been released in two separate variations, including 4GB RAM with 64GB of internal storage and 6GB RAM with 128GB of storage. The cost of the 4GB model is Rs 13,999, while the 6GB version will cost Rs 15,999.

Redmi A1 has an HD+ 6.5-inch screen with a waterdrop notch. It runs on Android 12 with MIUI 13 on top. The MediaTek Helio A22 SoC, which has eight cores and 2GB of RAM, powers the phone. It offers 32GB of internal storage which can be expanded up to 512GB using a microSD card. The Redmi A1 supports over 20 Indian languages in addition like Hindi, Tamil, Telugu, Kannada, Malayalam, Bengali and more, so you can have your phone in the language that you prefer.

The Redmi A1’s dual rear camera system, powered by AI, has an 8-megapixel primary sensor. The phone has a front-facing 5-megapixel selfie camera sensor for selfies and video calls.

Komila Singhhttp://www.gadgetbridge.com
Komila is one of the most spirited tech writers at Gadget Bridge. Always up for a new challenge, she is an expert at dissecting technology and getting to its core. She loves to tinker with new mobile phones, tablets and headphones.
Facebook
Twitter
WhatsApp
Linkedin
ReddIt
Email
Previous articleHow to Block or Unblock Someone on Telegram? (2022)
Next articleHow to Recover Deleted or Missing WhatsApp Messages?