The smartphone is said to be a rebranded variant of the Redmi Note 11T Pro that was announced in China in May this year. 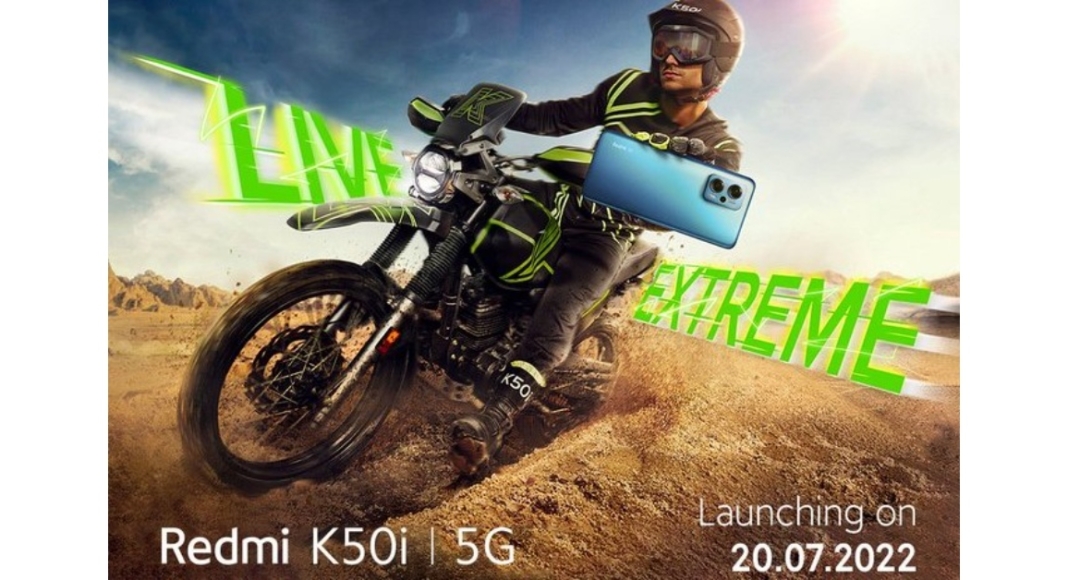 The Redmi K50i 5G launch has been scheduled for July 20 in India. Besides confirming the India launch date, the company has not yet revealed much about the upcoming smartphone. The smartphone has, however, already been mentioned in a number of leaks and rumours. According to a tip, the Redmi K50i 5G could be a Redmi Note 11T Pro that has been given a new name. The phone also apparently appeared on the Bureau of Indian Standards (BIS) certification website a few days after the firm teased the Redmi K series.

Redmi has formally announced that the Redmi K50i is going to launch in India on July 20. Other details like pricing, specifications and availability are yet to be disclosed. According to a rumour, the Redmi K50i 5G will start selling on July 22. According to the source, there will be two variations of the phone, with the standard model featuring 6GB of RAM and 128GB of storage. The most advanced model is anticipated to include 8GB of RAM and 256GB of storage.

The smartphone is rumoured to be available in Phantom Blue, Stealth Black, and Quick Silver colour variants.

Given that the Redmi K50i 5G is thought to be a rebranded Redmi Note 11T Pro which was launched in China in May, they ought to have comparable features. It might come equipped with a 6.6-inch full-HD+ IPS screen that supports Dolby Vision and refreshes at 144 Hz. It may be powered by MediaTek Dimensity 8100 SoC.

Moreover, the Redmi K50i might have a 5,080mAh battery that can enable fast charging at up to 67W.

Komila Singhhttp://www.gadgetbridge.com
Komila is one of the most spirited tech writers at Gadget Bridge. Always up for a new challenge, she is an expert at dissecting technology and getting to its core. She loves to tinker with new mobile phones, tablets and headphones.
Facebook
Twitter
WhatsApp
Linkedin
ReddIt
Email
Previous article
5 Useful Gadgets under Rs 4000 for Work From Home
Next article
What Does ‘Lock the Taskbar’ Mean in Windows?