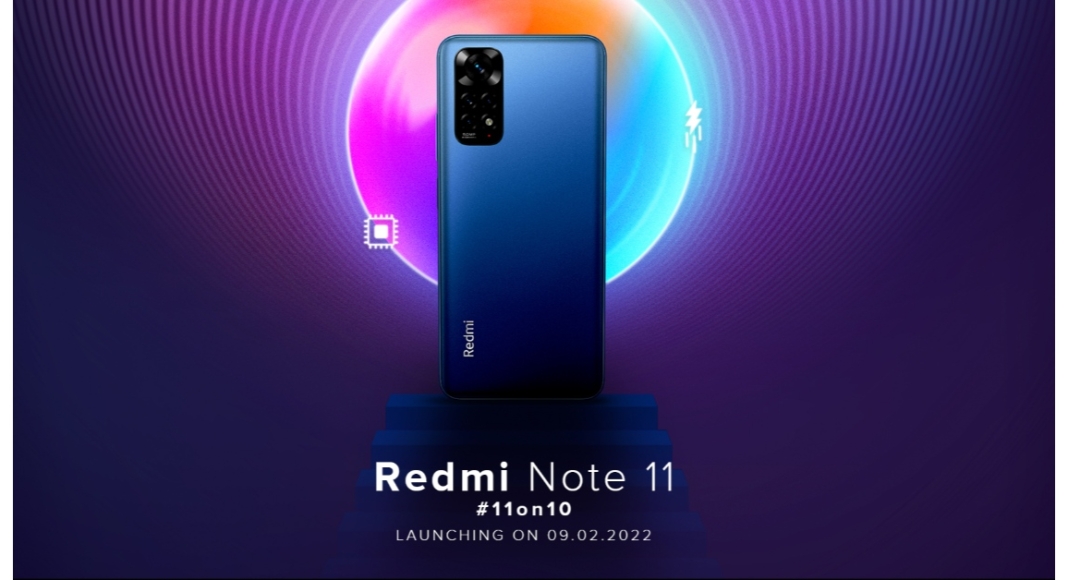 The Redmi Note 11 has been confirmed to launch in India. The device is going to be introduced alongside the Redmi Note 11S next week. Both the devices were introduced Globally last month and made their first debut in China last year. It is not yet clear the company is going to unveil the whole series at the February 9 launch event. For those who are unaware, the original series includes three smartphones Note 11, the Note 11 Pro, and the Note 11 Pro+.

The announcement was made through Twitter where the company CEO Manu Kumar Jain tweeted, that the vanilla Redmi Note 11 will be available on February 9th, alongside the Note 11S. His tweet reads, “With #Redmi, we take it a notch higher to deliver greatness that’s #11on10! While we’re all set to #SetTheBar with #RedmiNote11S, we’re pleased to introduce you to #RedmiNote11.😎 Gear up to witness the double red carpet entry on 09.02.2022.”

The Redmi Note 11 comes with a 6.43-inch AMOLED Dot Display. It is powered by the Qualcomm Snapdragon 680 SoC and runs MIUI 13, which is based on Android 11. On the rear, there is a quad-camera setup with a 50-megapixel primary sensor, an 8-megapixel ultra-wide lens, and a 2-megapixel macro sensor. A 13-megapixel selfie camera sensor is located on the front of the device.

It comes with a 5,000mAh battery with 33W Pro fast charging.

The Redmi Note 11S was released internationally last week and features a 6.43-inch full-HD+ AMOLED display with a resolution of 1,0802,400 pixels and a refresh rate of 90Hz. The phone is powered by a MediaTek Helio G96 SoC, as well as up to 8GB of RAM and 128GB of UFS 2.2 storage.

It includes a quad-camera setup on the back with a 108-megapixel Samsung HM2 sensor. On the front, the Note 11S boasts a 16-megapixel selfie camera sensor with an f/2.4 aperture. Furthermore, the Redmi Note 11S includes a 5,000mAh battery with 33W quick charging capabilities.

Komila Singhhttp://www.gadgetbridge.com
Komila is one of the most spirited tech writers at Gadget Bridge. Always up for a new challenge, she is an expert at dissecting technology and getting to its core. She loves to tinker with new mobile phones, tablets and headphones.
Facebook
Twitter
WhatsApp
Linkedin
ReddIt
Email
Previous article
The Union Budget 2022 highlights: What is the consumer tech and gadgets industry saying?
Next article
Meta now rolling out 3D Avatars across Facebook, Instagram, and Messenger