The device is said to come with an octa-core MediaTek Dimensity 810 SoC. 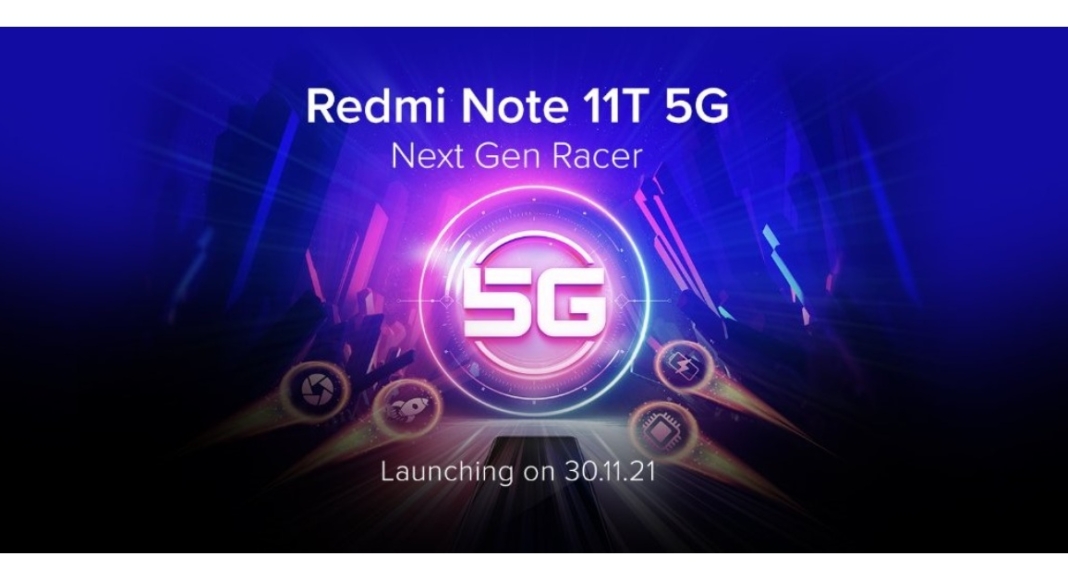 The official launch date for Redmi Note 11T 5G has been officially declared. The new smartphone is set to launch in India on November 20. The device is thought to be a rebranded version of Redmi Note 11 5G which was launched in India last month. The device has also been tipped several times but the recent rumour suggested that the upcoming phone will see some design changes. Apart from that, the device has been leaked several times ahead of the official announcement.

According to the Redmi latest media invite its upcoming smartphone Redmi Note 11T 5G will be launching in India on November 30. The timing and other launch details haven’t been revealed and are expected to be declared sometime later. Redmi has also created an event page for the smartphone highlighting the specs of the smartphone. The dedicated page depicts that the handset will come with 5G capabilities, improved cameras and a high refresh rate screen. Moreover, the phone will be powered by a faster processor and would include fast charging tech.

According to a report, Redmi Note 11T 5G will be featuring a 6.6-inch FHD+ display with 1,080×2400 pixels of resolution. The screen will have 90Hz refresh rate support and a 240Hz touch sampling rate. The upcoming smartphone is expected to be powered by an octa-core MediaTek Dimensity 810 SoC paired with up to 8GB of LPDDR4X RAM and up to 128GB of UFS 2.2 storage. The device is said to be provided in three different configurations of 6GB RAM with 64GB storage, 6GB RAM with 128GB storage and 128GB memory and 8GB of RAM and 128GB of internal storage options.

Leaks suggest that the Redmi Note 11T 5G will come in three colour options of Stardust White, Matte Balck and Aquamarine Blue. Apart from this, the device will equip a dual rear camera set that will include a 50-megapixel main sensor with an aperture of f/1.8 and an 8-megapixel ultra wide-angle sensor. Upfront there will be a 16-megapixel camera sensor for selfies and video calling. In addition to that, there will be a 5,000mAh battery on board with 33W fast charging tech.

As of now, the company has not yet confirmed any specifications but Gadget Bridge will keep you updated so stay tuned.

Komila Singhhttp://www.gadgetbridge.com
Komila is one of the most spirited tech writers at Gadget Bridge. Always up for a new challenge, she is an expert at dissecting technology and getting to its core. She loves to tinker with new mobile phones, tablets and headphones.
Facebook
Twitter
WhatsApp
Linkedin
ReddIt
Email
Previous article
Moto Watch 100 renders surface, specifications also leaked
Next article
iQoo Z5 Cyber Grid Edition has arrived in India: Check out pricing and availability details