The smartphone will launch alongside Redmi Note 12 Pro+ 5G. 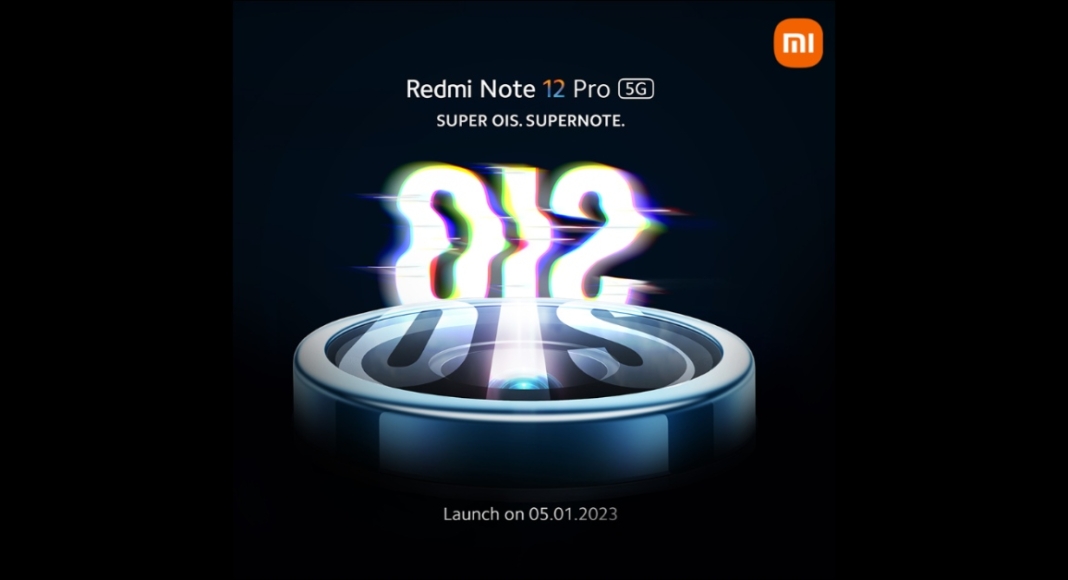 After announcing the official launch date for Redmi Note 12 Pro+ 5G India debut Xiaomi today officially confirmed that Redmi Note 12 Pro 5G will be released alongside the Pro+ variant. The launch date is set for January 5. The upcoming phone will be powered by MediaTek Dimensity 1080 SoC. The handset will also feature an AMOLED display with a 120Hz refresh rate.

The Redmi Note 12, Note 12 Pro, and Note 12 Pro Plus are all part of the Note 12 series, which debuted for the first time in China back in October. Out of which both the Pro variant is set to launch in India on January 5, the company has confirmed.

Apart from having a 120Hz AMOLED display and MediaTek Dimensity 1080 SoC the upcoming phone will be featuring a triple rear camera system. The 50-megapixel primary camera will also have optical image stabilisation functionality.

The smartphone maker promises that Redmi Note 12 Pro 5G users would be able to acquire a full day’s charge in 15 minutes.

Komila Singhhttp://www.gadgetbridge.com
Komila is one of the most spirited tech writers at Gadget Bridge. Always up for a new challenge, she is an expert at dissecting technology and getting to its core. She loves to tinker with new mobile phones, tablets and headphones.
Facebook
Twitter
WhatsApp
Linkedin
ReddIt
Email
Previous article
OnePlus 11 launch teased, to feature Hasselblad triple rear cameras
Next article
Creating a Logo to Put Your Gadget on the Map