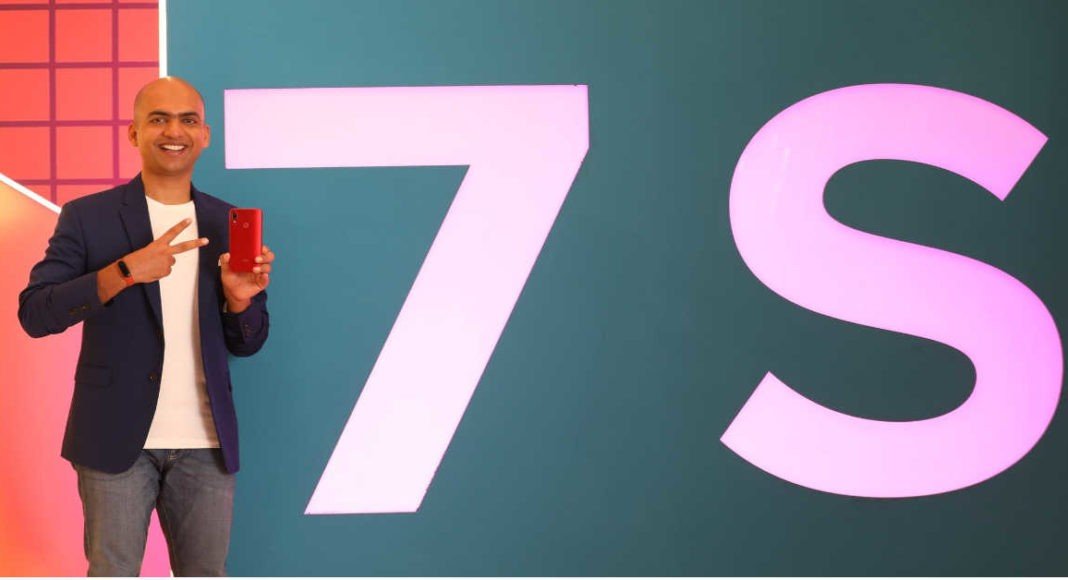 The upcoming smartphone will sport a 48MP primary camera. In his tweet, Jain also mentioned that the Redmi Note 7S’ rear panel will be protected by a layer of Gorilla Glass 5. In addition to this, the hashtag that has been used along with tweet also confirms that the 48MP primary camera.

The feeling when you get your hands on #RedmiNote7S. 😀

I generally don't dress up like this, but posing with this amazing #48MP camera phone is special. 😇 How do you like this steaming hot Red coloured Gorilla Glass 5 back? 🔥

It can also be seen in the image that the Redmi Note 7S will have a vertically stacked dual rear camera setup on its back panel. However, as of now, the resolution of the secondary sensor is not known. The rear panel of the handset will also house the fingerprint scanner and have a layer of Corning Gorilla Glass 5 for protection. At least that is what the glossy build of the Redmi Note 7S’ back panel indicates.

To generate more interest of fans around the upcoming smartphone, the Chinese smartphone brand has also shared some camera samples of the Redmi Note 7S. The images show rich colours and depth. There is also an image that has been clicked in low-light conditions, that is a clear hint at the fact that the upcoming handset will come with a dedicated night mode that will ensure better low-light photography.

The company has also teased the same with by saying, “Now you can easily capture amazing SUPER low-light pictures with the upcoming SUPER #48MP camera!”

It is also worth mentioning that Xiaomi is also working on a smartphone that comes with triple rear cameras. The company also confirmed that such a smartphone is in works with a recent teaser. Xiaomi has also teased that it would be launching a device in India that will be powered by either Snapdragon 730 or Snapdragon 730G SoC.

The first smartphone by Xiaomi to come with a 48MP primary camera in India is the Redmi Note 7 Pro.