The series will include a circular camera setup 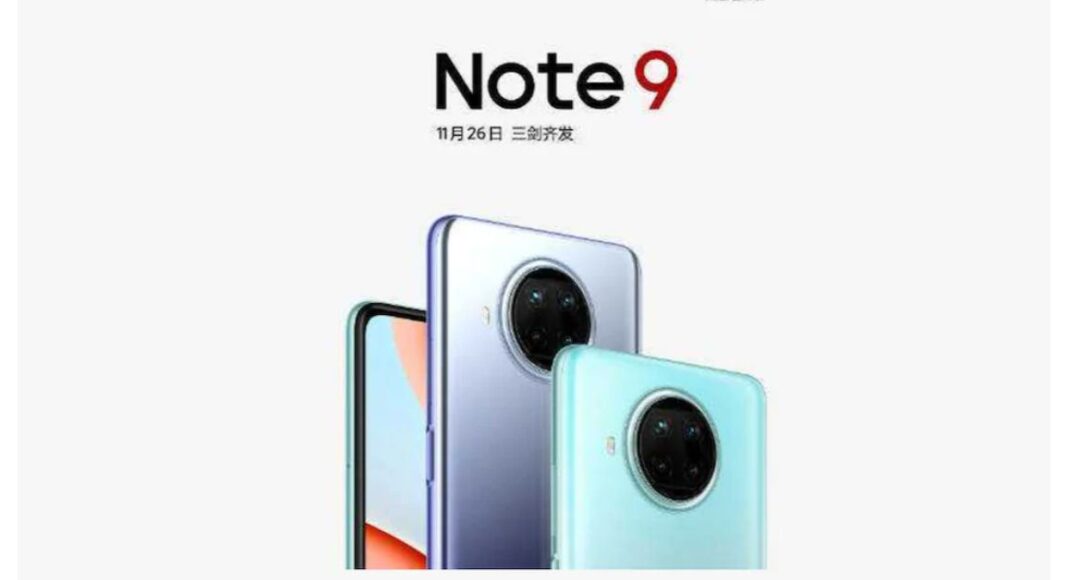 The Chinese smartphone company Xiaomi has officially confirmed that the Redmi Note 9 5G series will launch in China on November 26th. This announcement came just after a screenshot surfaced on the web revealing the launch date. This date was confirmed by the company via Chinese microblogging website Weibo that also shared the poster to reveal the design of the upcoming smartphone. The device has been in the news for quite some time now, Redmi Note 9 and Redmi Note Pro are the most expected devices while the Pro Max is the least speculated ones.

Xiaomi took to Weibo to announce the arrival of its new range of mobile phones. As per the Weibo post, Redmi Note 9 is now confirmed to launch in China on November 26. The company also shared a poster that confirmed three models but it did not mention the names of the phones that might come to the series. Speculations are that the Redmi Note 9 series will include Redmi Note 9, Redmi Note 9 Pro, and Redmi Note 9 Pro Max. All the devices will have 5G support and while the design of the smartphones has also been revealed and it is quite different from the series that was launched in India this year. Instead of a vertical camera set up, the upcoming series will include a circular camera set up that accommodates four sensors as well as a fingerprint camera sensor on the side of the phone. In addition to this, the phones will be offered in shades of Blue and Green.

In the past two of the speculated smartphones, Redmi Note 9 and Redmi Note 9 Pro were spotted on TENAA. As per the listing, the standard variant will come with a 6.53-inch full-HD+ IPS display with 1,080×2,400 pixels of resolution. There will be a MediaTek Dimensity 800U SoC empowering the phone paired with up to 8GB RAM and 256GB storage options which can be expanded up to 512GB using a microSD card. Note 9 is speculated to feature a camera set up that will include three sensors including a 48-megapixel primary sensor. In addition to this, it is likely to include a 13-megapixel selfie camera and a 4,900mAh battery onboard.

Furthermore, the TENAA listing also reveals the key specs of the Redmi Note 9 Pro. The device is said to have a 6.67-inch full-HD+ display with 1,080×2,400 pixels of resolution. The listing did not reveal the SoC but the Geekbench listing suggests it has a Snapdragon 750G SoC. But the TENAA listing states that the phone will be up to 12GB of RAM and up to 256GB of storage. Moreover, there will be a 108-megapixel primary camera and a 16-megapixel front camera set up. The device is also said to include a 4,720mAh battery.

Komila Singhhttp://www.gadgetbridge.com
Komila is one of the most spirited tech writers at Gadget Bridge. Always up for a new challenge, she is an expert at dissecting technology and getting to its core. She loves to tinker with new mobile phones, tablets and headphones.
Facebook
Twitter
WhatsApp
Linkedin
ReddIt
Email
Previous article
Revealed: 6 crores to be offered as the first prize for PUBG esports tournament
Next article
Amazon Music gets X-Ray feature to enhance users’ experience