Reliance AGM 2019: Reliance is set to fully launch Jio GigaFiber broadband in the country along with the new JioPhone 3 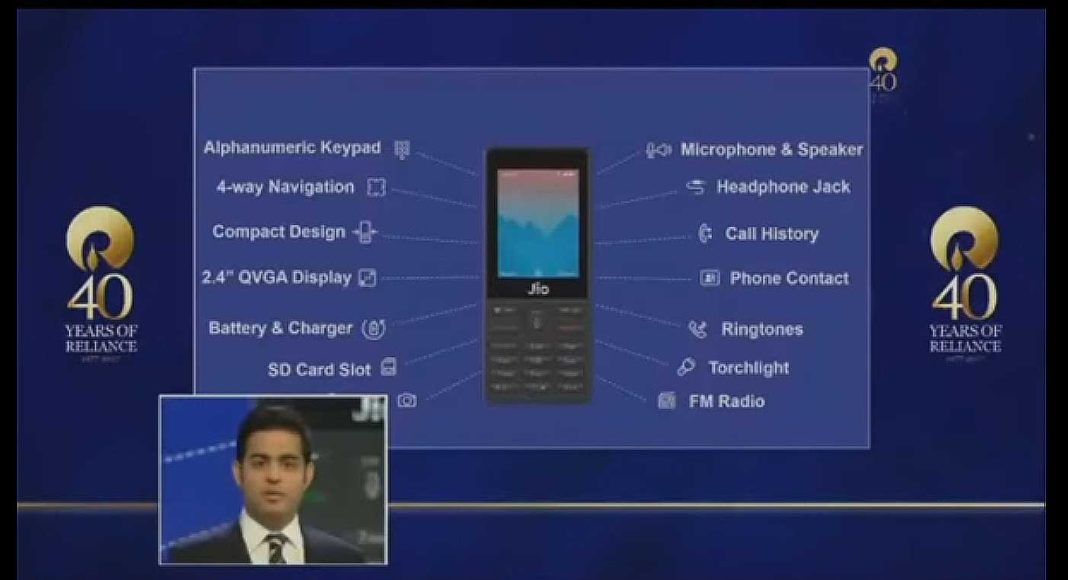 Reliance has been a disrupter in the Indian market in the Telecom sector since it had launched Jio services in the country. Last year they gave us a glimpse of what the next level of innovation the company is working on, which will disrupt the broadband and TV industry (with Reliance Gigafibre). The Reliance annual general meeting (AGM) is set for today. Here Mukesh Ambani along with his family and team members will showcase the next level of innovations by them. Here are the key things expected to happen at the AGM and how to watch the Reliance live stream.

Ever since Reliance has announced the GigaFibre internet service, other broadband players such as Airtel who have a monopoly in cities like New Delhi, have been shivering. Airtel has already posted a loss last quarter and the ailing company is ready to undergo another big blow. Since reliance has portrayed themselves as a people-first company, more and more customers have flocked to the brand. Unlike Airtel, who like most commercial organisations, are giving cheap services at an extremely high rate.

At the AGM Reliance will fully launch the Jio GigaFibre service where the company will announce the all India tariff plans. People close to Gadget Bridge have told us that the base plan will start at just Rs 500 and users will get a max of 100Mbps speed on it. The price here is much lower than the competition like ACT and Airtel who are generally charging between 600-900 Rupees depending upon the city you stay in. Also, the speed given to customers is mostly up to 40 MBPS, however, Airtel users get just 16-24Mbps. Which is why many are miffed with Airtel and might swiftly move to Reliance. Another plan worth Rs 799-999 might be revealed for users who want higher speed of up to 500Mbps with 300GB data limit per month.  The company can provide speeds of up to 1Gbps.

Who would have thought that one can use apps like Facebook and WhatsApp in a Rs 500 phone. Well, Reliance made that possible last year and this time they are set to unveil another phone called JioPhone 3. It is slated to run KaiOS and will be supported by a MediaTek chipset. The improved feature sets of this smart feature phone are still unclear.

This is something reliance has been working on since years and now the network has already been laid out in major towns and cities. Sources close to Gadget Bridge have already revealed that cities like New Delhi, Mumbai, Bangalore, Chennai and Kolkata could have had this service couple of years ago, however, the company wanted to give all the three services (Internet, landline and TV) together. Reports have also come out that some users, who pre-registered, have already got the landline connection. Free landline service will come with all Jio GigaFibre plans, with free local calls.

Reliance Triple Play plan is also on the cards where users will get Jio’s DTH services along with broadband as well as the landline service. The plan might be revealed at an initial price of Rs 600 and a FuP limit of 100GB might be put on it. After which the speed will drop down to 1-3Mbps. This will be good enough to watch SD TV at home. But for HD channels this is definitely not sufficient. Chances are 100GB limit might not be put on Jio GigaTV, but just on the broadband part of this plan.

The 42nd AGM of Reliance will begin at 11 AM on 12th August 2019 at Birla Matushri Sabhagar in Mumbai. You can watch the live stream of the AGM where RIL MD, Mukesh Ambani will start the proceedings on the firms YouTube Channel here or on its Facebook page here or on Twitter here.