Samsung announced Galaxy A Event for March 17, likely to unveil Galaxy A53 5G and Galaxy A73 5G

Both the rumoured smartphones are said to feature a 120Hz refresh rate display. 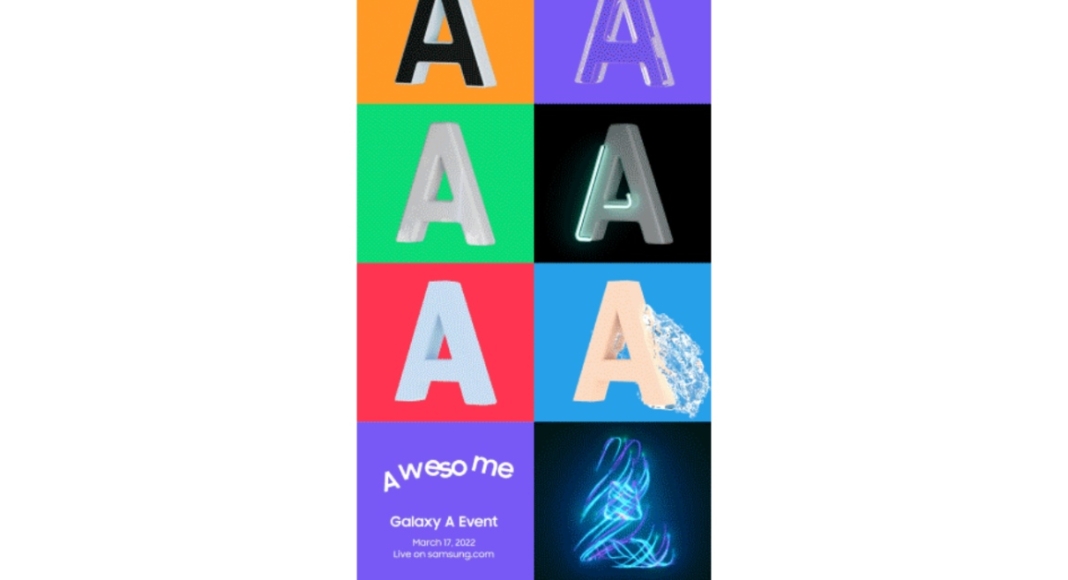 Samsung has officially announced its next Galaxy event. On March 17, Samsung will present a Galaxy A event which is most likely to unveil a slew of new smartphones in the Galaxy A-series namely Galaxy A53 5G and Galaxy A73 5G. However, the company has not yet revealed anything about the items that are slated to be released on March 17.

As per the invite, the upcoming Samsung Galaxy A event is scheduled to take place on March 17. The launch event will be live-streamed at 10 AM EDT/ 7.30 PM IST via Samsung’s YouTube channel and Samsung Newsroom.

“The Galaxy A series is Samsung Electronics’ most popular smartphone category, leading the democratization of Galaxy innovations that is giving people the power to create, connect and thrive. This year, Samsung is taking the impactful Galaxy innovations for the A series even further. The awesome new Galaxy A series devices are designed to provide the fully-loaded experience that people want from a smartphone,” the company’s invite stated.

The invite doesn’t say anything about the items that are slated to be released but rumours suggest that Samsung might release two mid-range smartphones- the Galaxy A53 5G and Galaxy A73 5G.

Both the Samsung smartphones have leaked several times in the past. The Samsung Galaxy A73 5G and Galaxy A53 5G are speculated to operate on Android 12-based One UI 4 out of the box. The Galaxy A73 5G is rumoured to have a 6.7-inch AMOLED display, while the Galaxy A53 5G is expected to have a 6.52-inch AMOLED display with a 120Hz refresh rate. The A73 is likely to equip a Qualcomm Snapdragon 750G SoC whereas the A53 is said to be powered by an Exynos 1200 SoC.

Besides this, the handsets are said to house 5,000mAh batteries and capability for 25W rapid charging.

Komila Singhhttp://www.gadgetbridge.com
Komila is one of the most spirited tech writers at Gadget Bridge. Always up for a new challenge, she is an expert at dissecting technology and getting to its core. She loves to tinker with new mobile phones, tablets and headphones.
Facebook
Twitter
WhatsApp
Linkedin
ReddIt
Email
Previous article
Redmi 10C powered by Snapdragon 680 SoC launched
Next article
Download Manager, New Attachment Menu, Live Streaming With Other Apps and More comes with the new Telegram update