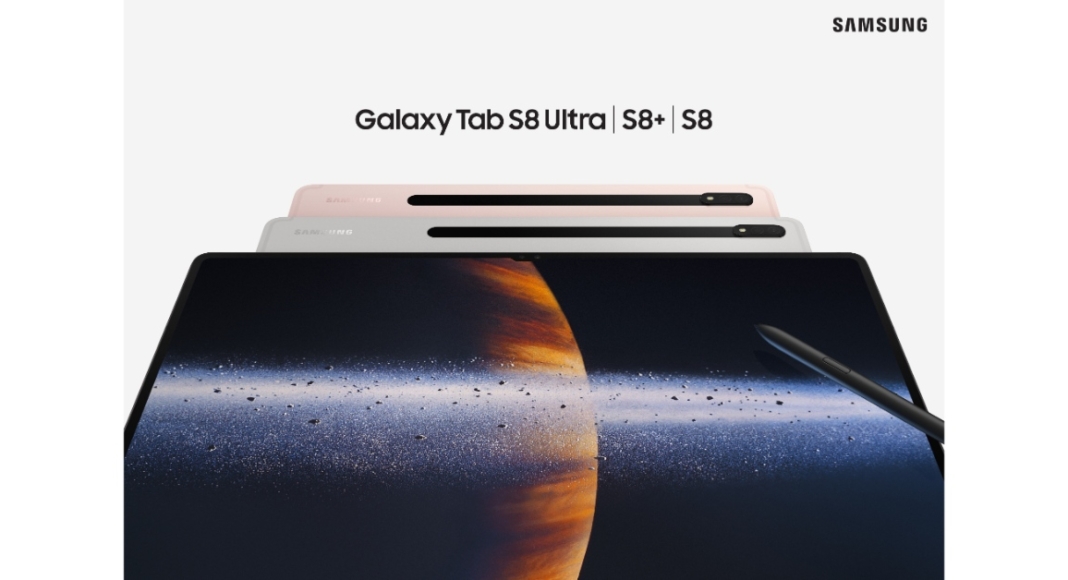 The pricing and availability of the Samsung Galaxy Tab S8, Galaxy Tab S8+, and Galaxy Tab S8 Ultra in India have yet to be revealed. Also, the company did not specify the pricing in its presentation, but we may anticipate it soon.

The Samsung tablets will be offered in Graphite, Pink Gold, and Silver colours, while the Galaxy Tab S8 Ultra will only be available in Graphite.

Samsung Galaxy Tab S8 comes with an 11-inch WQXGA LTPS TFT display with 2,560×1,600 pixels of resolution. The display has a refresh rate of up to 120Hz with 276ppi pixel density. The device is powered by Android 12 with One UI Tab 4 on top and equips a 4nm octa-core SoC with up to 12GB of RAM and up to 256GB of internal storage that can be expanded with a microSD card to up to 1TB. On the side of the tablet, there is also a dedicated fingerprint sensor. 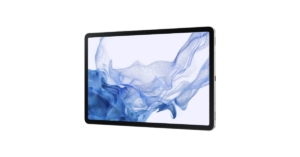 The Samsung Galaxy Tab S8 sports a dual back camera configuration with a 13MP primary sensor and a 6MP ultra-wide lens. In addition, the tablet has a front-facing 12-megapixel ultra-wide sensor for selfies and video calls.

The device also includes quad stereo speakers powered by AKG and Dolby Atmos. There are three microphones on board as well. The Galaxy Tab S8 comes with an 8,000mAh battery that supports Super Fast Charging 2.0 up to 45W.

On the other hand, Samsung Galaxy Tab S8+ has a 12.4-inch WQXGA+ Super AMOLED display with 2,800×1,752 pixels of resolution. The panel supports a 120Hz refresh rate with 266ppi pixel density. The tablet is equipped with an octa-core SoC and up to 12GB of RAM. 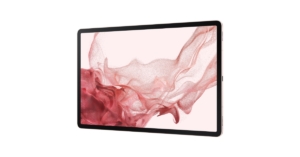 The camera configurations are the same as mentioned above. Instead of a side-mounted fingerprint sensor, there is an under-display fingerprint sensor on the S8+. In addition, the tablet has a 10,090mAh battery and supports Super Fast Charging 2.0.

The Samsung Galaxy Tab S8 Ultra has a bigger 14.6-inch WQXGA+ Super AMOLED display with 2,960×1,848 pixels of resolution and up to 120Hz of screen refresh rate with 240ppi pixel density. It features the same 4nm octa-core SoC as the other two variants, as well as up to 16GB of RAM with up to 512GB of internal storage which is expandable via microSD card to up to 1TB. 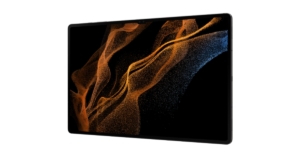 Wi-Fi 6E, Bluetooth v5.2, GPS/ A-GPS, and a USB Type-C connector are among the connectivity choices. There is also a choice between 5G and 4G LTE connectivity. Along with an under-display fingerprint sensor the tablet also has an array of sensors, including an accelerometer, an ambient light sensor, a gyroscope, a magnetometer, and a hall sensor.

In addition, the Tab S8 Ultra comes with an 11,200mAh battery that supports Super Fast Charging 2.0. While the AKG-tuned quad stereo speakers of the Galaxy Tab S8 Ultra are supported by Dolby Atmos.

Komila Singhhttp://www.gadgetbridge.com
Komila is one of the most spirited tech writers at Gadget Bridge. Always up for a new challenge, she is an expert at dissecting technology and getting to its core. She loves to tinker with new mobile phones, tablets and headphones.
Facebook
Twitter
WhatsApp
Linkedin
ReddIt
Email
Previous articleSamsung Galaxy S22, Galaxy S22+, and Galaxy S22 Ultra unleashed: Price, specifications details inside
Next article10 February 2022 Amazon Quiz today answers: Answer to win Rs 25,000 Amazon Pay Balance