The device is a kids version of Galaxy Tab A7 Lite. 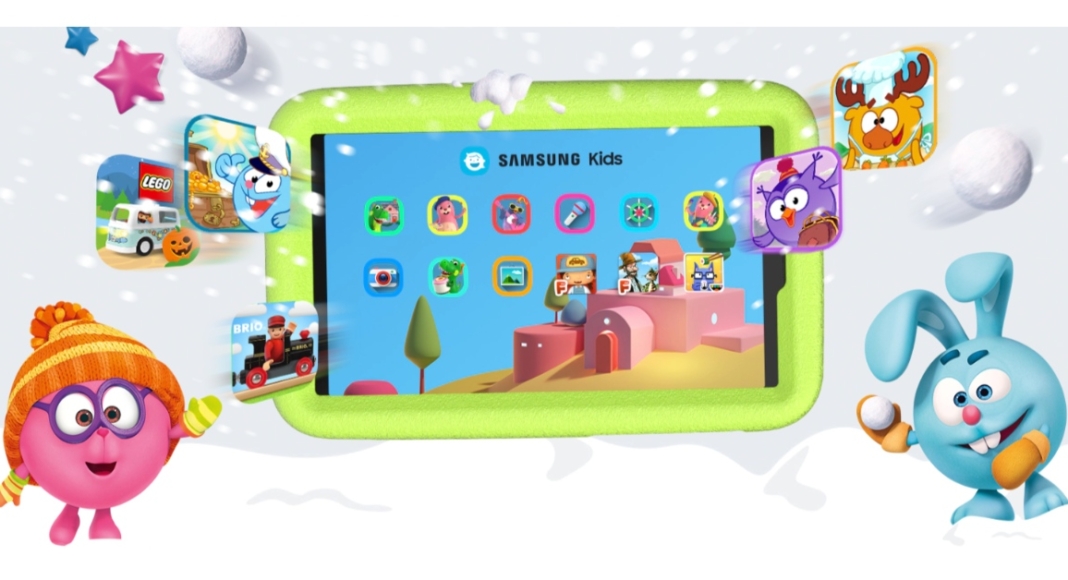 Just a day before Samsung announced the Galaxy Tab A8 series and the speculations about the Indian launch of the Tablet is also rife. Today the South Korean firm introduced a kid-specific Samsung Galaxy A Kids tablet in association with a children’s brand Smeshariki in Russia. The device is a tweaked version of Galaxy Tab A7 Lite. As the name suggested the device is especially aimed at kids and depicts the heroes of the animated series, and a set of amusing stickers to decorate the tablet is included in the retail box. Read on to know more about the device.

Samsung Galaxy A Kids tablet comes with a price tag of RUB 14,990 that translates to Rs 15,500. The device is now being offered in Russia and can be purchased in the official online and retail stores of Samsung, as well as in partner networks. The international availability of the Kids tablet is not yet announced by the company.

Also Read: The best kids’ tablets you can buy in the year 2021 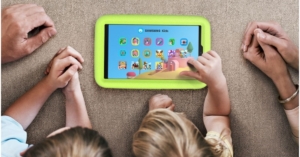 Samsung Galaxy A Kids tablet is highlighted with an 8.7-inch TFT touchscreen display offering 1,340×800 pixels of resolution. The kid’s tablet is powered by an unnamed 2.3GHz octa-core chipset which is expected to be MediaTek Helio P22T SoC. It will be available in 3GB RAM with 32GB storage options. The internal memory can be expanded up to 1TB using a microSD card.

For the photos and videos, there is a single 8-megapixel camera sensor with autofocus and on the front, there is a 2-megapixel selfie camera. The camera on the back of the tab can record FHD videos @ 30fps.

Also Read: 5 best tablets for youngsters to carry on with online classes

Apart from this, the Samsung Galaxy A Kids houses a 5,100mAh battery that is said to offer a full day of battery life. The device is preinstalled with content from partner companies – Lego, Riki Group (Smeshariki brand), Toca and other popular brands. Fascinating applications will help you organise useful and educational leisure time for children.

Komila Singhhttp://www.gadgetbridge.com
Komila is one of the most spirited tech writers at Gadget Bridge. Always up for a new challenge, she is an expert at dissecting technology and getting to its core. She loves to tinker with new mobile phones, tablets and headphones.
Facebook
Twitter
WhatsApp
Linkedin
ReddIt
Email
Previous articleOnePlus Community Sale goes live, OnePlus 9 Series, Nord and other devices are currently on sale
Next article18 December 2021 Amazon Quiz today answers: Answer to win Rs 10,000 Amazon Pay Balance