The device features a dual camera set up and an HD display. 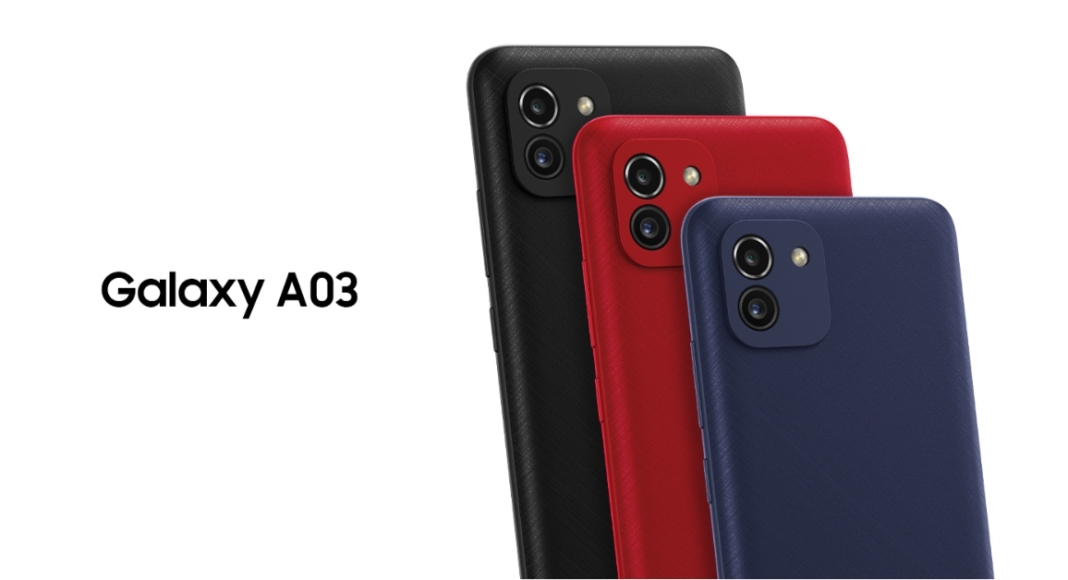 Samsung, the South Korean conglomerate, has released another low-cost smartphone in the Indian market. The Samsung Galaxy A03 has been officially released by the firm. Samsung’s latest cheap smartphone comes with a 5,000mAh battery. It is equipped with a Unisoc T606 SoC. It also has a dual back camera and runs Android 11 out of the box.

Samsung Galaxy A03 price and availability

Samsung Galaxy A03 comes with a 6.5-inch HD+ Infinity-V TFT display with 720×1,600 pixels of resolutions and a 20:9 aspect ratio. The smartphone runs on Android 11 with One UI Core 3.1 on top. Under the hood, there is an octa-core Unisoc T606 SoC paired with up to 4GB of RAM and up to 64GB of internal storage option. The storage can be further expanded up to 1TB using a microSD card.

4G LTE, Wi-Fi, Bluetooth, GPS/ A-GPS, Micro-USB, and a 3.5mm headphone port are among the connectivity choices. In addition to this, there is an accelerometer, ambient light, and proximity sensor. The handset boasts a 5,000mah battery which is said to last for a whole day.

Komila Singhhttp://www.gadgetbridge.com
Komila is one of the most spirited tech writers at Gadget Bridge. Always up for a new challenge, she is an expert at dissecting technology and getting to its core. She loves to tinker with new mobile phones, tablets and headphones.
Facebook
Twitter
WhatsApp
Linkedin
ReddIt
Email
Previous articleCanon Maxify GX5070 Inkjet Printer for small businesses
Next article8 Best Shows and Movies To Watch On Prime Video And Disney+Hotstar In March 2022